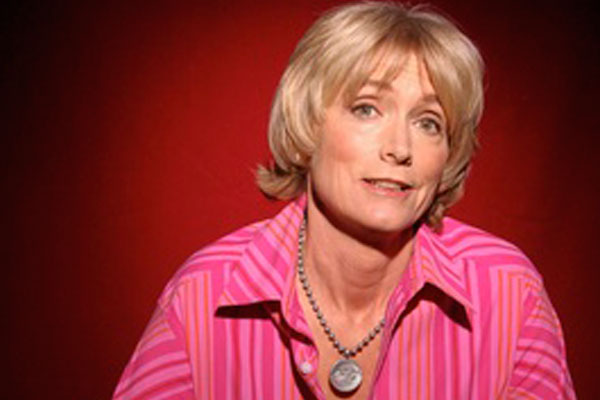 Poppy Champlin started her career in stand-up comedy in the early 1980s but she didn’t come out as lesbian until the year 2000. A native of Rhode Island, she was once crowned America’s Funniest Real Woman on The Joan Rivers Show and made a name for herself through appearances on Showtime, Comedy Central and LOGO. On September 20, Champlin will bring her Queer Queens of Comedy revue to the Alamo City for a special performance at the Laugh Out Loud Comedy Club.

What can audiences look forward to at your upcoming show?
I’ve been doing this for about 12 years. This is going to be one of the stronger shows … We have three headliners and what people are going to get is an unbelievable amount of laughter. They are going to love it and laugh so much because we are all seasoned professionals and we love to craft comedy and we bring our A-game. There is singing … storytelling … and it’s a lot of energy!

What are some events that you draw inspiration from?
Well, I’m watching Ninja Warrior right now! But our show definitely has a feminist bent … I wouldn’t say that any of us are too political. We are just there to have fun and be funny. It’s not going to be about politics.

When you first started your act 12 years ago, why did you feel it was important to emphasize the ‘queerness’ of your show?
Well, I knew when I was in L.A. and trying to get my sitcom, most of the managers were very specific about having your niche. They really wanted to put you in a corner and say ‘this is what that person is.’ For me to say Queer Queens of Comedy … that’s the niche. That’s the community I’m performing for. Not that the straight crowd is not allowed in, because humor crosses every line, but it’s good that there is a show just for the LGBT community really.

Is it ever hard to find humor in the world with so much bad news going on?
Yes, sometimes you just don’t want to go and do it. Unfortunately, with the timing of the show … its sucks with all that’s going on … Or even after Trump was elected, of course we had to make some jokes about it. You got to make jokes about it … that’s how the human condition repairs itself. Comedians are needed to find the humor so that everybody can relax and laugh together as a community. Luckily for us, we are trained to be comedians. Even if I’m depressed, or I lost my cat that night, if I have to do a show, then my body takes over. My mind takes over and I become a comedian. You know what I mean? There is a switch … It’s all a matter of getting back up and humor is a great way to do that.

Do you have any secrets about your co-headliners that you can share?
Sandra Valls is a Laredo native and originally from Texas. It’s really great to have her because she always takes us out for Mexican food. She took us down to Laredo to meet her dad and I stood out like a sore thumb because I’m really white. There is a lot of food involved on our trip … and Jen Kober has been doing really good all over the country. She’s been on a NPR tour called Snap Judgment.