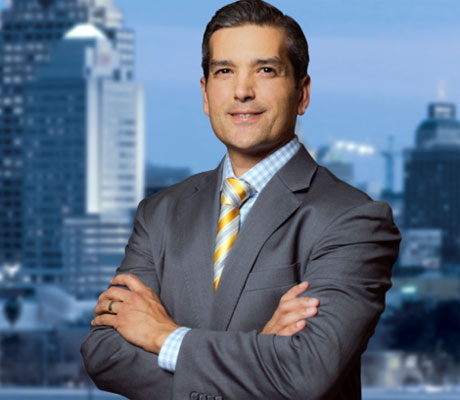 Supporters from the LGBT community are planning a fundraiser for State Representative Mike Villarreal (D-San Antonio) ahead of his run for Mayor of San Antonio next year.

When Rep. Villarreal announced last May that he would be running for mayor, political activists in the LGBT community were heartened by his decision especially since he’s been a strong ally from the time he was first elected.

During his tenure in the State Legislature, Villarreal was honored with the Human Rights Campaign’s Equality Award, the Equality Texas Advocate Award and the Stonewall Democrats of San Antonio’s Political Advocacy Award.

In 2005, Villarreal was one of only 29 Democratic House members to vote “no” on HJR6 which put a constitutional amendment banning marriage equality on the ballot. The marriage ban passed with 76 percent of the vote. It was recently struck down by federal District Judge Orlando Garcia and is awaiting a hearing in the United States Court of Appeals for the Fifth Circuit.

Villarreal has consistently authored legislation calling for the inclusion of sexual orientation and gender identity in the state’s nondiscrimination laws covering employment, housing and public accommodations.

In December 2012, he filed a bill, HB238, which would ban employment discrimination for LGBTs. On the day the bill was announced, Villarreal said in a statement, “An overwhelming majority of Texans believe that everyone should be judged on their capabilities and job performance. Hardworking, high-performing employees should not be fired just because they are gay or transgender.” Villarreal filed this type of pro-LGBT legislation during each regular session since 2003.

Like similar bills Villarreal put forward in previous sessions of the Republican-controlled legislature, HB238 never made it out of committee.

During the city’s protracted battle to pass the nondiscrimination ordinance, Villarreal led the charge to get every Bexar County Democratic State House member to sign a letter of support that was sent to the San Antonio City Council.

“I believe in the basic fundamental tenets of our country,” Villarreal said in a recent interview with Sam Sanchez of Out In SA. “I am shaped by where I’ve lived. San Antonio is a city that has always cheered for  the underdog — for people who are being left out or marginalized. Fair play and equality transcends all groups.”

On October 5, Tonya Pacetti-Perkins, Chad Reumann and Julian Tovar, governors from the San Antonio chapter of the Human Rights...