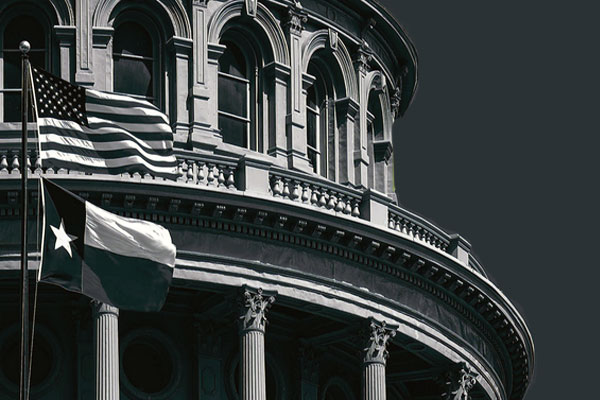 Friday, March 15 was the deadline for filing bills for this session of the Texas Legislature and as expected, Republicans have unleashed a torrent of proposed legislation aimed a scaling back the rights of LGBTQ Texans.

On March 18, Equality Texas released a list of “bad bills” and expressed particular concern for two bills: SB15 which threatens the enforcement of local nondiscrimination ordinances in regards to equal application of employee benefits; and SB 17 which would allow any licensed professional to deny services to anyone based on their “sincerely held religious belief.”

“To fight these bills, Equality Texas’ strategy includes amplifying the voices of faith leaders, the business community, and people who would be harmed by this legislation,” Samantha Smoot, Equality Texas’ interim executive director, said in an email. “We will remind Texans that religious liberty is already protected in this country, that everyone deserves the opportunity to live and work and contribute to their community, and that freedom of religion does not mean imposing one’s own beliefs on others.”

On Monday, Equality Texas and its supporters were at the State Capitol for the “All In For Equality Advocacy Day,” ally and press conference being held in alliance with the Human Rights Campaign, Transgender Education Network of Texas and the Texas Freedom Network.

Following is the list of “bad bills” as compiled by Equality Texas.

SB 17 (Charles Perry, R-Lubbock) / HB 2827 (Phil King, R-Weatherford)
These bills would require that no state agency can adopt a rule or policy, or impose a penalty, that limits a license holder’s ability to discriminate based on their religious beliefs. License holders in Texas include lawyers, healthcare professionals, counselors, and more.
SB 17 has been referred to Senate State Affairs. HB 2827 has been referred to House State Affairs.

SB 1107 (Lois Kolkhorst, R-Brenham) / HB 2892 (Tom Oliverson, R-Cypress)
These bills would allow healthcare professionals to refuse all but life-saving care based on a “sincerely held religious belief,” without requiring a referral to another provider.
SB 1107 has been referred to Senate Health and Human Services. HB 2892 has not been referred at this time.

SB 85 (Bob Hall, R-Edgewood)
This bill would allow counselors to refuse counseling to patients based on the counselor’s “sincerely held religious belief.”
SB 85 has been referred to Senate State Affairs.

HB 4357 (Scott Sanford, R-McKinney)
This bill would prohibit disciplinary action towards counselors that provide counseling based on their “sincerely held religious belief,” such as the promotion of conversion therapy.
HB 4357 has not been referred at this time.

SB 1009 (Brian Birdwell, R-Granbury) / HB 2109 (Dan Flynn, R-Canton)
These bills would allow faith leaders and judges, including justices, judges, magistrates, and justices of the peace, to refuse to perform marriages based on “sincerely held religious belief.”
SB 1009 has been referred to Senate State Affairs. HB 2109 has been referred to House Juvenile Justice and Family Issues.

SB 1978 (Bryan Hughes, R-Mineola ) / HB 3172 (Matt Krause, R-Fort Worth)
These bills would apply religious exemptions to actions by the Texas Supreme Court, the Texas Court of Criminal Appeals, a state judicial agency, the State Bar of Texas, or a court in the state, with the exception of governmental employees acting within the scope of their job.
Neither SB 1978 nor HB 3172 have been referred at this time.

HB 4512 (Briscoe Cain, R-Deer Park)
This bill would allow any individual to refuse marriage related services to a couple based off of a “sincerely held religious belief.”
HB 4512 has not been referred at this time.

HB 1035 (Bill Zedler, R-Arlington)
This bill, titled the “Free to Believe Act,” is a sweeping religious exemption bill allowing individuals to discriminate specifically on the basis of two specific, anti-LGBT religious beliefs: that marriage is between a man and a woman, and that gender refers to “an individual’s immutable biological sex as objectively determined by anatomy and genetics at the time of birth.” It also reintroduces the “bathroom bill” language from the 85th Legislative Session.
HB 1035 has been referred to House State Affairs.

HB 4497 (Cole Hefner, R-Mt. Pleasant)
This bill would prohibit governmental entities (including municipalities, commissions, agencies, courts, etc al) from taking a wide range of actions against people who refuse to provide “marriage-related goods and services.”
HB 4497 has not been referred at this time.

SB 15 (Brandon Creighton, R-Conroe)
This bill threatens the enforcement of local nondiscrimination ordinances in regards to equal application of employee benefits. Advocates of overturning municipal NDOs in Texas have gone on the record applauding the bill as a way to achieve those goals.
SB 15 has been voted out of the Senate State Affairs Committee is is on the Intent Calendar, awaiting floor debate and vote.

SB 2369 ((Bryan Hughes, R-Mineola) / HB 1910 (Jay Dean, R-Longview):
Relating to consideration of a child’s gender identity or expression in suits affecting the parent-child relationship and other proceedings involving children.
SB 2369 has not been referred at this time. HB 1910 has been referred to House Juvenile Justice and Family Issues.

Members of the Texas House LGBTQ Caucus have joined other groups in opposing the appointment of Heather Wilson, the Secretary...