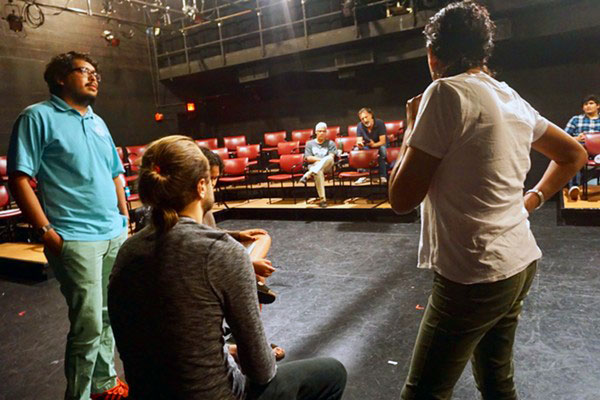 Developed by controversial Brazilian dramatist and activist Augusto Boal, the experimental concept of Forum Theatre invites spectators onto the stage to become “spect-actors” who help determine the outcome of a play.

Closely linked with Boal’s socially and politically leaning Theatre of the Oppressed, Forum Theatre has been employed within the unexpected realm of healthcare education as a means to improve the communication skills of future physicians.

Presented by the always-challenging troupe AtticRep in partnership with the Mellon Institute for Summer Research at Trinity University, End Stigma, End HIV/AIDS takes cues from Boal’s methods to take aim at the shame associated with HIV/AIDS testing and treatment.

Addressing the troubling infection rates in Bexar County, the original new production is constructed from 34 interviews with San Antonio residents and, in addition to opening the stage up to spect-actors, includes a discussion between the cast and audience.

Following Saturday’s performance, End Stigma will be presented to various community organizations as part of an initiative designed to “improve public health delivery.”

In a unanimous vote, the San Antonio City Council voted to accept $19,832 in donations from the LGBT community and...