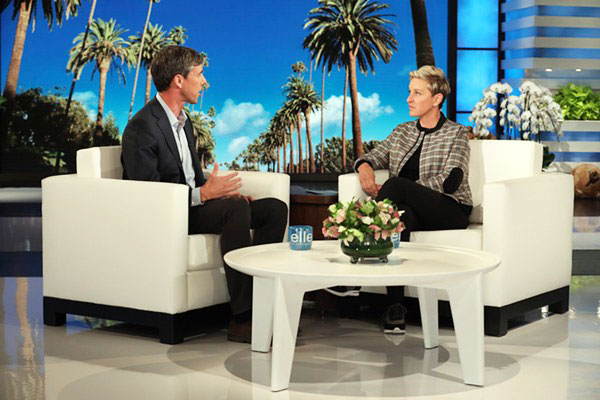 Senate candidate Rep. Beto O’Rourke is set to make his debut appearance on The Ellen DeGeneres Show on Wednesday, September 5.

DeGeneres invited O’Rourke on the show last month after she heard his comments on NFL players who kneel in protest during the national anthem.

To sum it up, O’Rourke said he couldn’t think of anything “more American” and said we should all respect a person’s views of the controversial hot topic. While many still disagree (re: Colin Kaepernick’s recent Nike ad), O’Rourke hopes the conversation will make progress in the “right direction.”

DeGeneres said his comments were “eloquent” and “just beautiful.”

During the segment, O’Rourke defended his decision to appear on the show, for which he has faced a lot of criticism.

“You embody so much of what that country needs right now. You are meeting difficulty and disappointment with a power and joy of connecting with people and bringing the best out of people,” O’Rourke told DeGeneres. “And so, if there’s a way that we can connect with what you are doing with the viewers who watch this show, if I can make my wife, Amy, who’s here, even happier, right there, then I’m going to do it.”

And because it’s television, DeGeneres decided to stir up drama and asked O’Rourke to respond to President Trump’s tweet dissing him.

The talk show host even got him to share more on his DUI arrest in his youth.

“There’s no explanation or justifying that. In many ways, that mistake did not define me. I want to make sure that everyone has a second chance,” O’Rourke said. “That’s a lesson that I take in this and something I want to use as motivation to make things better for others who may have made mistakes in their lives.” 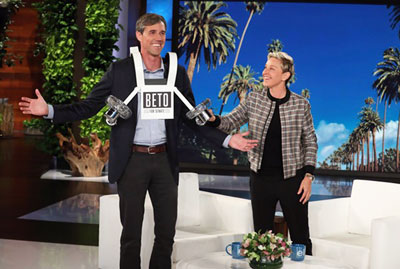 She even had a gift for the Senate candidate on-the-go – a personalized fan.

The Ellen DeGeneres Show is broadcast in San Antonio on KENS-TV at 3 p.m. O’Rourke is set to appear on the September 5 edition of the show. Luther’s Cafe is having a watch party that begins at 2:30 p.m.

Originally published in QSanAntonio, September 5, 2013 (Editor's note: Today marks the fifth anniversary of the passage of the city's...