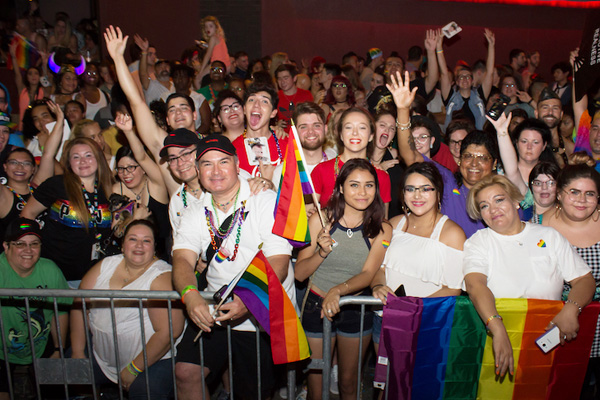 The Thrive Youth Center and Pride Center San Antonio are working with the San Antonio Bexar County Complete Count Committee to make sure all LGBTQ residents are counted in the 2020 Census.

To that end, a March 13 event at the Pride Center, dubbed Count Me In, will offer an opportunity for the LGBTQ community to learn more about the U.S. Census and fill out the official questionnaire for their household.

The Complete Count Committee, which includes an LGBTQ task force, is a volunteer group focused on engaging and educating the community on the importance of self-responding for the 2020 Census. The Committee’s goal will be to achieve a complete and accurate count of all San Antonio and Bexar County residents.

Every 10 years, the United States counts everyone living in the country on April 1, regardless of their nationality or sexual orientation. On the 2020 Census, couples have the option to identify their relationship as same-sex on their forms. However, respondents can only reply as “male and female” on the form.

Many cities across the nation are focusing on underrepresented communities to ensure that everyone is counted. This effort includes not only LGBTQ people but racial minority communities, homeless individuals, and many others. A complete count ensures the accuracy of each state’s representation in the U.S. House of Representatives and guides the distribution of over $675 billion annually in federal funding for community programs across the nation.

“We have the opportunity to impact the growth of our city with regard to federal spending. A national study indicates that even a 1% undercount would equal approximately $300 million in lost funding annually for the next 10 years,” Greg Casillas, chair of the local LGBTQ Census Task Force, said in a press release.

Beginning March 12, the US Census will offer households different methods to complete the form — online, by phone and by mail. The first round of communication will be with postcards inviting citizens to complete the questionnaire online. These will be followed by reminders mailed with the form. Households that don’t respond should expect a census worker to come to their door.

At the March 13 event, representatives from the City of San Antonio will speak about the importance of participation and Census 2020 staff members will be on hand to answer any questions.

The annual Austin festival founded in 1987 attracts more than 400,000 attendees from all over the world and generates hundreds...