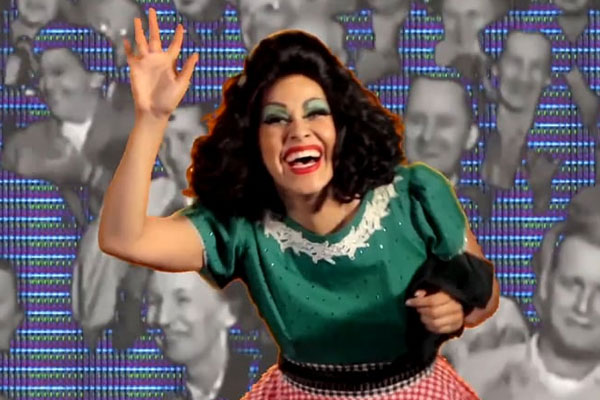 The sudden removal of Xandra Ibarra’s video artwork Spictacle II: La Tortillera prior to the opening of “XicanX: New Visions” at the Centro De Artes grabbed headlines in the art world.

The video, available to stream on Vimeo, was deemed “obscene content” by City Attorney Andy Segovia and removed from the exhibition over concerns it would put the city-run space in violation of a Texas obscenity law.

At a public meeting on the matter yesterday, the Centro De Artes subcommittee of the San Antonio Arts Commission deemed that the work’s artistic merit trumped concerns of obscenity, according to the Rivard Report. The subcommittee unanimously voted that Ibarra’s work should be displayed as soon as possible.

However, that doesn’t mean that it will be on view anytime soon.

This is merely the first hurdle that “XicanX: New Visions” curators Dos Mestizx and other advocates for Ibarra’s piece must clear. The subcommittee’s recommendation will be discussed by the Arts Commission at a March 10 meeting, and if approved will be taken up by the city council committee on culture and neighborhood services on April 6. If approved there, council would still need to make a final determination.

“XicanX: New Visions” is on view at Centro De Artes through June 28. It remains to be seen whether Ibarra’s “La Tortillera” will join the exhibition prior to its close.

As part of the settlement, the school district agreed to provide mandatory training to human resources and counseling staff on...