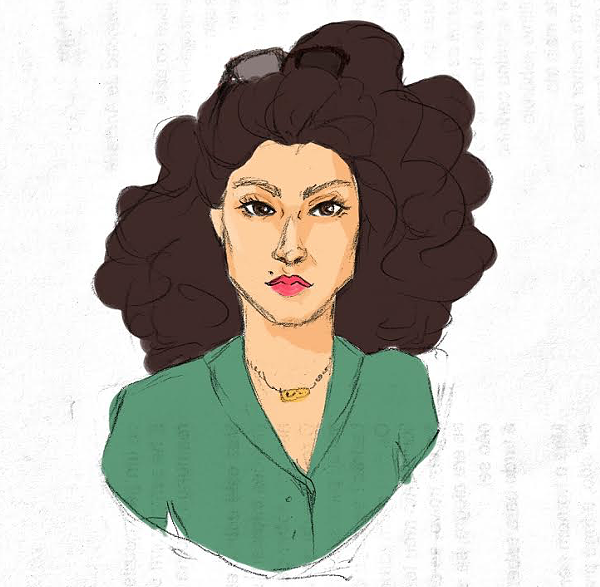 When I was asked to attend a friend’s queer-friendly Studio 54-themed party last year, I hit up my favorite thrift stores as soon as I could to find the perfect Bianca Jagger-inspired ensemble.

The night of the party came, my look was red hot, and I spent the majority of the night dancing and laughing with my queer peers.

As the evening progressed, my dogs began to bark, so I said my usual goodbyes and headed towards the door. To my surprise, new guests were just arriving, despite it being damn near 4 in the morning.

Before I could give a passing hello, one of them, a cisgender gay man I had seen at another queer event, looked at me and said frankly, “You know you’re a man.” He chuckled and walked away as I stood frozen, immobilized by my sudden fear. Had anyone else heard him? Was anyone else laughing? My thoughts raced as I took a deep breath and tried to regain my composure, but the damage was done.

This isn’t the only time I’ve experienced transphobic remarks from cisgender members of the gay community, and I highly doubt it’ll be the last. In fact, it’s fairly commonplace to hear cis gay and even cis lesbian folks mimic the bigotry of their hetero counterparts.

This is part of a greater issue of transgender exclusion that has been plaguing our communities since they formed. Transgender people have always been at the forefront of political and social revolutions, but we always seem to get the short end of the stick

That night at the Studio 54 party was an example of how trans women are treated within queer communities if they don’t ‘pass’ for cis. In other words, I didn’t look feminine enough for that guy’s liking so he decided to bring me down a notch.

This sort of mistreatment reflects the ideologies of trans-exclusionary radical feminism, popular amongst certain gender-critical lesbian groups. Terfs, as they’re called, believe that trans women are merely predatory men who appropriate femininity for sexual and social gain, and they have no problem using their harmful rhetoric to dehumanize us.

Given that I am a trans woman, it’s assumed that I’m only attracted to men, and I’ve even had more than one gay man imply that I only transitioned to sleep with straight men. This has never been the case, as I’ve had multiple sexual and romantic relationships with men, women and everyone in between. Trans people’s sexualities are apparently always up for debate.

Because we are lumped in with the whole of the LGBTQIA* community, it is assumed that we are catered to by gay spaces, but the reality is trans people are and have always been an after-thought.

With the national conversation about LGBTQIA* rights being almost entirely centered on cisgender gays, lesbians and occasionally bisexuals, trans people are put on the back burner of a movement that was started when Marsha P. Johnson, a Black trans sex worker, threw the first brick at Stonewall.

There is even less of a conversation on non-binary, agender and intersex people who have essentially no concise model for how to navigate safe spaces in any city, let alone San Anto.

When a trans person expresses any upset over being excluded, we are labeled as having too much anger or as being jaded or bitter. I, for one, have been adamant about calling out organizations for using cis-centric language that alienates trans women. Can you guess the response? Let’s just say that sometimes it takes a cis person repeating my exact words in order for the message to be received.

So what can you do to make sure trans voices are heard? Center us in your conversations about LGBTQIA* civil rights.

When the government makes trans-exclusionary bathroom laws, express the same outrage as you did when it opposed gay marriage. Stand beside the trans people in your community, and ask us if we’re okay. Make sure to call out transphobia when it is safe to do so.

Don’t forget that we are among the most vulnerable in our community and that every one of us is an individual deserving of dignity and respect, despite our presentation. It’s that simple.

As star and creator of the dark comedy web series Eastsiders, Kit Williamson (Mad Men) has plenty to say about producing...