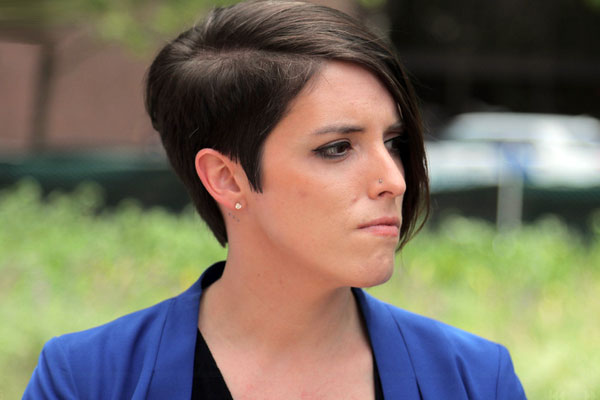 An art teacher from the Mansfield ISD in Arlington, Texas has been barred from teaching elementary school students following complaints from a parent that she was “promoting the homosexual agenda.”

Stacy Bailey had been employed at Charlotte Anderson Elementary School for 10 years and twice been named Teacher of the Year. She was placed on administrative leave in September 2017 because she showed her class a photo of her and her wife, and mentioned that the artist Jasper Johns had a same-sex partner.

The photo shown to her students was that of Bailey and her wife, Julie Vasquez, dressed as Nemo and Dory from the Disney movie, “Finding Nemo.”

“The District’s concern is that Ms. Bailey insists that it is her right and that it is age appropriate for her to have ongoing discussion with elementary-aged students about her own sexual orientation, the sexual orientation of artists, and their relationships with other gay artists,” the district said in a statement last fall, adding that she “refused to follow administration’s directions regarding age-appropriate conversations with students.”

Bailey’s teaching contract was renewed in April but she was not allowed in her classroom for nearly the entire school year. 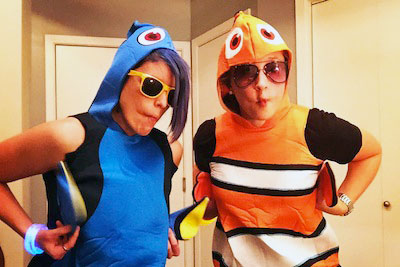 The photo that Stacy Bailey, left, showed to her class. It shows her and her wife. (Courtesy photo)

With the new school year at hand, the district has decided that rather than allow Bailey to return to her elementary school, she will be reassigned to work at Mansfield’s Lake Ridge High School where she will teach art to 9th through 12th grade students.

Bailey filed a federal discrimination lawsuit arguing the district violated the U.S. Constitution and the Texas Constitution by treating her differently than it would have treated a straight teacher.

She is suing for loss of earning capacity, mental anguish, emotional pain and suffering, lost employment benefits, inconvenience, loss of enjoyment of life, damage to professional reputation and other damages.

“Texas doesn’t protect its workers very well in general, and it doesn’t protect LGBT folks in particular,” Jason Smith, Bailey’s attorney told the Texas Tribune. “Stacy Bailey’s case will hopefully send a message to school districts across Texas that the Constitution doesn’t allow them to discriminate based upon sexual orientation.”

Smith told the Ft.Worth Star-Telegram, “Stacy’s new position comes with a much greater workload and learning curve given her only experience has been with elementary school students.” He added that switching to a larger classroom size was intended to frustrate Bailey and encourage her to resign.

The Houston-based nonprofit, Texas Pride Impact Funds, has published a statewide study that offers "a systematic examination of the perspectives...