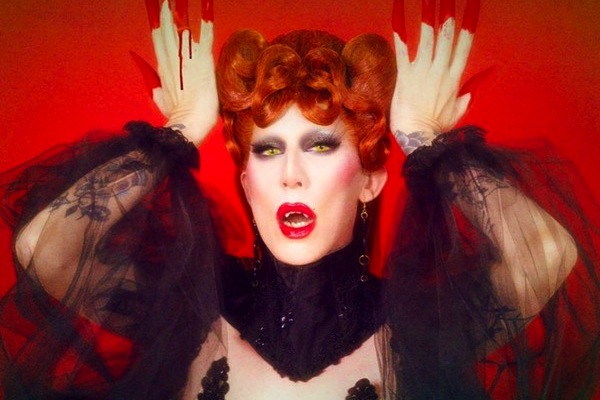 Big names in the world of drag have banded together to put performers back to work as the COVID-19 pandemic forces artists to cancel tours and lose out on their livelihoods.

The event, dubbed Digital Drag: An Online Drag Show, is being organized and hosted by Dragula Season 2 winner Biqtch Puddiń and producer Megna. It will be available to stream Friday, March 20 at 9 p.m. through the Twitch platform at twitch.tv/biqtchpuddin.

The show will feature dozens of drag performers from across the country, including Alaska Thunderfuck and Rock M. Sakura from RuPaul’s Drag Race. Also on board are performers from the edgier, horror-leaning Dragula, including Vander Von Odd, Landon Cider and Lousianna Purchase.

The organizers are asking $10 donations for the event, and each performers’ Venmo, Paypal and other money-sending services will be displayed during their performances to encourage tipping.

“Doing drag, the greatest lesson you learn is adaptability,” Chad Merritt AKA Louisianna Purchase told the Current. “Something breaks, you work with it. Doing a digital drag show is an amazing idea. Us as performers, get to still be creative and entertaining our communities on a huge level. We’re facing uncertain times and must find ways to support ourselves and remain beacons of creativity. The digital realm is the easiest way to reach the most people.”

Merritt, who is based in Austin, said that this event will be a one time thing for now, but said that they themselves will be doing their own weekly live streams via Instagram.

Community organizations and businesses are postponing, canceling events and making adjustments amid worries about the cornavirus outbreak. Recent emergency rules...