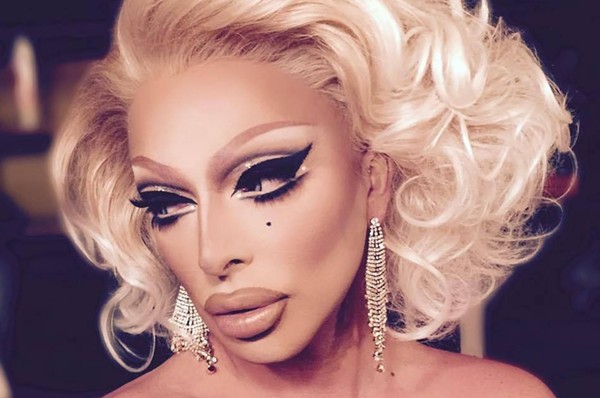 A California native of Russian descent, David Petruschin is admittedly fond of “winged creatures.” As a go-go boy on the SoCal club scene, he dubbed himself Phoenix before developing the drag persona Raven.

Arriving on the second season of RuPaul’s Drag Race back in 2010, the professional makeup artist and performer explained his shape-shifting aesthetic as such: “I like to be that mysterious, dark, ice queen. I think I have a look that people might be a little intimidated by.” While costumes, wigs, colored contacts and falsies — not to mention a liberal dose of bitchiness — are essential to Petruschin’s dramatic transformations, a fair amount of that intimidation factor can be credited to his meticulous makeup artistry. 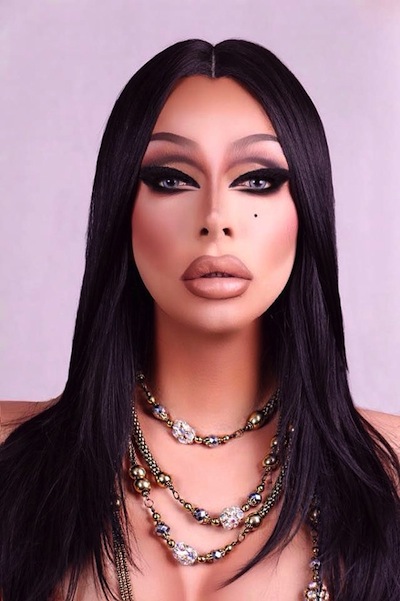 Severe contouring, winged cat eyes, overblown mod lips and surprisingly natural-looking (gasp!) makeup colors are but a few of the hallmarks that have rendered Raven a drag influencer with staying power. Although robbed twice of the title of America’s Next Drag Superstar (the second time being the first season of RuPaul’s Drag Race All Stars in 2012), the so-called “Queen of Runner-Ups” has established a consistent presence on the reality competition series as both a creative producer and Mama Ru’s official makeup artist.

Possibly even fiercer than a Drag Race title, Petruschin earned an Emmy nomination last year (in the category of Television and New Media Series: Best Contemporary Makeup), and his alter ego Raven was featured by Vanity Fair as the gold standard for the 2000s era in a video celebrating 100 Years of Drag Fashion.

Rey Lopez Entertainment brings the multi-tasking queen back to town for two shows at Heat with support from camptastic hostess Tencha la Jefa and the RLE Showgirls.

A new poll released on January 30 shows that a majority of Texans support laws which would protect LGBT citizens...