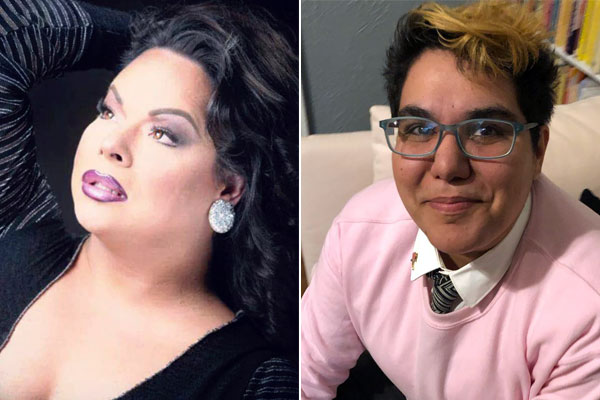 Pride Center San Antonio this week announced two local performers who will grace the stage for the first annual Icon Awards Brunch, which is slated for June 2 at the Pearl Stable.

Vocalist and Dj Alyson Alonzo will spin a DJ set throughout the event and give a live performance that will feature songs from her recent album, among other selections. Local drag performer Kourtney Devereaux will serve as Mistress of Ceremonies.

Alonzo, who hosts the Queervibes radio show on KRTU-FM, had been writing and performing music from an early age. In 2017, Chris Conde, music writer for the San Antonio Current wrote about Alonzo:

“It’s not exactly a surprise that Alyson Alonzo names Billie Holiday and Ella Fitzgerald as some of her main musical influences. With a voice as big as the legends that inspired her, the 30-year-old, openly gay musician has become a well-known name in San Antonio’s indie-music circuit. From killing her set at Maverick Music Festival last year to receiving a standing ovation for her cover of Radiohead’s “Lucky” with the youth orchestra YOSA at the Tobin Center, Alonzo is proving to be one of the most noteworthy local artists on the rise. On her debut solo EP The Romantic, released in early May [2017], the singer pulls listeners through indie-pop-soaked R&B tracks layered with lush vocal harmonies and lyrics that might make you ponder decisions you’ve made with your own love life.”

Kourtney Devereaux, who holds several titles including Miss Gay San Antonio USofA 2000, Miss Texas Continental Plus 2011, and former Miss Texas Continental Elite will emcee the Icon Awards Brunch. Devereaux has been performing for 27 years, having gotten her start at the now-defunct Paper Moon club that was formerly located on the Main Avenue Strip.

The Icon Awards Brunch will bestow awards to “to exemplary members of the community for their outstanding contributions to the LGBTQ+ community.”