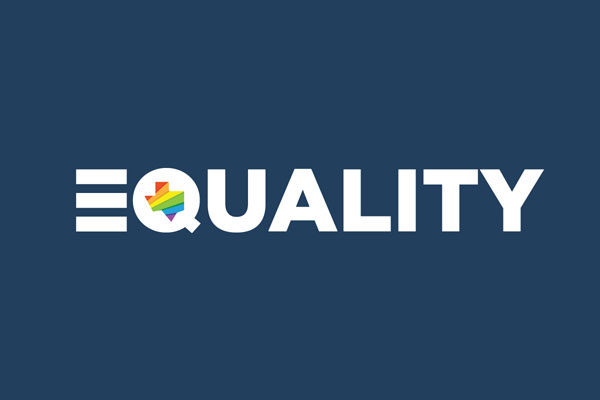 A Promise to Become Anti-Racist

As an LGBTQ+ organization we’ve assumed unity among our membership in solidarity of all marginalized groups and have often spoken on behalf of all of our members. But have we stood, fought, and cried loud enough for our Black siblings? The recent murders of Black Americans along with the continued attack on the Black Transgender community (nationally and in Texas) shows us that the answer is a resounding NO.

Ahmaud Arbery, Breonna Taylor, George Floyd, Tony McDade and so many other Black Americans should be alive right now. Instead, they are the most recent victims of a pervasive, racist, and corrupt system that has undisputedly failed to protect and serve Black Americans. Our nation is devastated, grieving, deeply hurt, angry and awaiting justice. No one should lose their life while sleeping, while jogging, or when suspected of committing a criminal offense. We should all be outraged by the continual implied criminality of communities of color, by the systemic racism and white supremacy that permeates the American psyche and the too-long list of Black lives that have been cut short by law enforcement. But until the most recent protests, we hadn’t felt a deep collective cry for urgency – despite all the evidence in front of us.

This moment feels different and is different. What the world learned together is that despite a global pandemic, when we were asked to make collective sacrifices to minimize loss of life, law enforcement would still terrorize Black communities with impunity.

Technology has made the invisible visible, and we bore witness to irrefutable proof of modern day lynchings. In addition, we continued to gain insight into the daily indignities Black people face in the hands of people like Amy Cooper, a white woman who called police on an innocent Black man because she refused to honor his request to comply with park rules.

The world had no choice but to wake up. For the first time since maybe the Civil Rights Movement, we are listening to Black Americans. I’m angry that it took so many lives and so much time for us to wake up. I’m also disappointed that Equality Texas failed to acknowledge the true urgency in what for so many people is a matter of life and death. Further, we dragged our feet in prioritizing the work to become an anti-racist organization. To our former and current Black staff, Board Members, volunteers, and community partners we are deeply sorry for not always seeing you, hearing your feedback or uplifting your voices. We know we need to do better at every level of our organization to help dismantle systems of oppression that make this treatment a reality for Black people.

It begins with our own internal work to develop an anti-racist lens. We are committed to doing the hard work that contributes to creating the just society we envision. We need to move from intention to action.

In the short-term, we commit to:

We exist to advance the rights of historically marginalized communities. We want to build the foundation that allows for intersectional pride, but that cannot occur unless we all show up and bring attention to the state of emergency Black Americans are in. We know so many of you feel powerless but we have to keep fighting and doing the work so this moment is not fleeting. We have always been stronger, together. In this moment, as we stand to support our Black community, we must bring truth to the phrase, “If you attack one Texan, you attack all Texans.”

The following statement was issued on June 3, 2020 by members, leaders and organizations from San Antonio's LGBTQIA community. It...