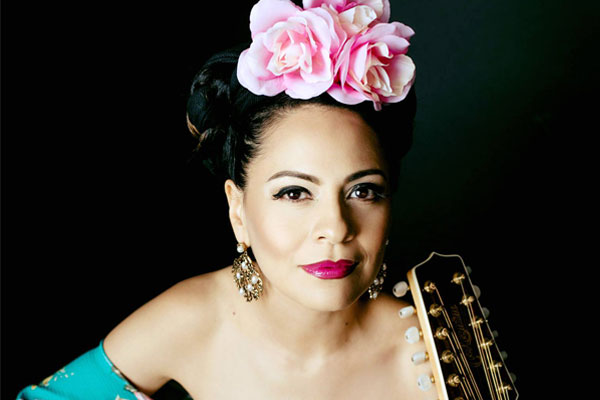 “Flowing with the spirit of change, I decided to have a new version of ‘Noche Azul’ during this pandemic that will be different from any other ‘Noche Azul’ I’ve ever done,” Barrientos says in an announcement for the event.

To that end, during the latest performance, titled “Noche Azul Sabor de Mexico,” Barrientos will be singing tradition songs from the state of Oaxaca and songs that were written by composers from Oaxaca. There will also be a regional cooking demonstration as part of the concert.

The plan for future concerts is to have guests from every Mexican state who will share a recipe with the audience. “The ingredients, the traditions, the people, the recipes, and the music are so different; yet all part of the same tapestry,” says Barrientos.

This is Barrientos’ fifth streaming concert allowing her fans to view her live performances from anywhere in the world. The performances must be viewed at the scheduled time since they will not be recorded or stored in any social media feed.