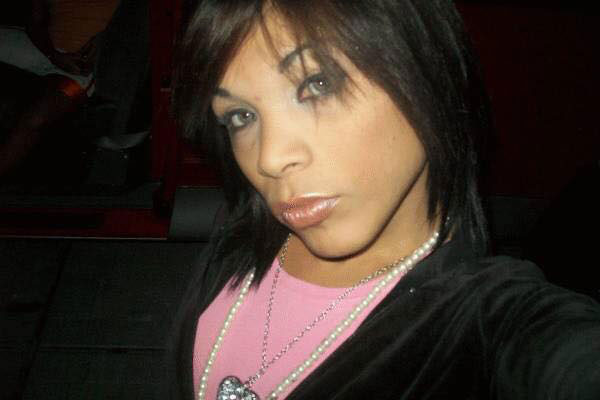 The family of a transgender woman had been searching for her in the hours before they learned of her murder at the hands of a Border Patrol agent who is accused of killing three other women in Laredo, Texas.

Janelle Ortiz (identified in news reports as Humberto Ortiz and who was also known as Nikki Enriquez) was one of four women who police allege were killed over a period of two weeks by Juan David Ortiz, a 10-year veteran of the U.S. Border Patrol. The other victims have been identified as Melissa Ramirez, Claudine Ann Luera, and a woman listed only as “Jane Doe.”

Janelle’s family had placed posts on Facebook asking if anyone had seen her. “If you see Janelle his (sic) been missing no one knows where she is plz call me . . .” Edna Ortiz, Janelle’s mother, said in a post. 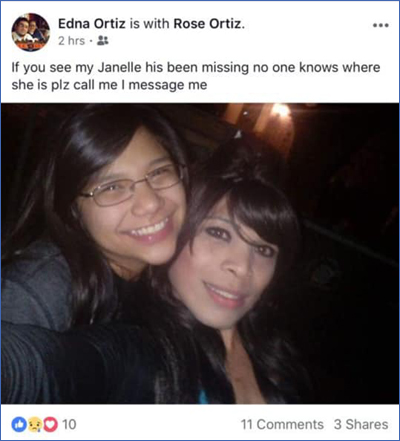 “Everyone knew my son as Janelle,” Edna Ortiz told the Laredo Morning Times. “Yes, he was transgender, but he loved his life. He … always loved to dress as beautiful as he was. He left us with his smile. To the people of Laredo that knew him, thank you from his mother, Mandito, Ezekiel, Israel and Rose Ortiz.”

According to media reports, Juan David Ortiz would pick up his victims on San Bernardo Ave. in Laredo and drive them outside the city where he would shoot them in the head.

KSAT-TV reports that Ortiz picked up Janelle, drove to a secluded location, told her to get out of his truck and shot her once in the back of the head, leaving her body in a gravel pit.

Ortiz was arrested when a fifth woman, detecting she was in danger, escaped from Ortiz’s truck and flagged down a state trooper for help. Once in police custody for aggravated assault, Ortiz confessed to the four murders.

Posts on Facebook by Janelle’s friends and family have expressed sadness and shock over her death. “Terrible waste of a young life. Humberto Janelle was a good person and loved and cared about by many. My friend went to school with him and spoke very highly about what a great friend he was,” one post read.

“My cousin was a nice person,” Veronica Castillo, Janelle’s cousin, told the Laredo Morning Times. “He was very outgoing. Always smiling. He was loved by the gay community. Of course, she had her ups and downs but he liked to party, meet new people. He had his brothers, his sister, his mom and dad that loved him very much.”

Juan David Ortiz, an intel supervisor for the Border Patrol, has been accused of killing four women, including one transgender...