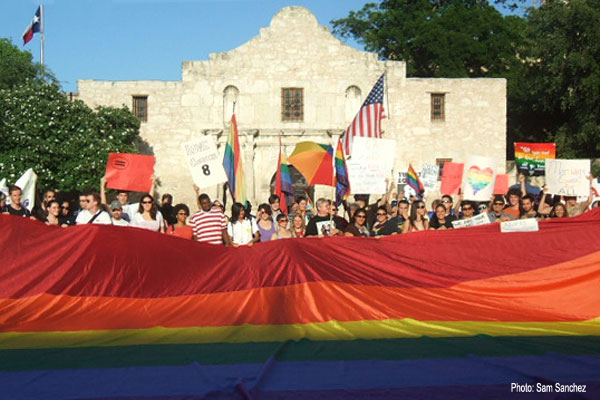 Statistics released by the FBI on November 14 show a rise in hate crimes against LGBT people residing in the state of Texas during 2017.

A total of 192 hate crime incidents were reported across the state in 2017. The FBI breaks down those crimes by bias motivations. The number of hate crimes in Texas by classification are: race/ethnicity/ancestry (117), religion (22), sexual orientation (43), disability (3), gender (1), and gender identity (6).

In San Antonio, one hate crime motivated by sexual orientation was reported in 2017. None were reported for gender identity.

Hate crime protections in Texas date back to 2001, when the Texas Legislature passed the James Byrd Jr. Act. The law punishes crimes committed based on the race, color, disability, national origin, religion, age, gender or sexual orientation of the victim.

Despite the Byrd Act’s good intentions, many statisticians, equal rights advocates and LGBT activists agree there is a great deal of under-reporting of hate crimes.

“We believe Texas is one of those states that has a significant issue of under-reporting,” Brian Levin of the Center for the Study of Hate and Extremism at California State University told the Houston Chronicle last year. “It’s highly unlikely the major cities in Texas are reporting the bulk of hate crimes that actually occur.”

One obstacle to accurate hate crime assessment is that not all police departments participate in hate crime reporting and most of those who do participate report “zero” hate crimes year after year.

Across the U.S., the FBI, reports there was a 17 percent increase in federal hate crimes against LGBT people during 2017, the third consecutive yearly increase — the largest since 2001.

Frank Pezzella, a criminology professor at New York’s John Jay College of Criminal Justice, told WBBH-TV that “the increase in this year’s number of federally reported hate crimes is alarming — but still likely a gross undercount of the total number of bias incidents, because many — perhaps most — hate crimes go unreported.”

Almost two weeks have passed since the election, but Jones had been holding out hope and waiting to see all...