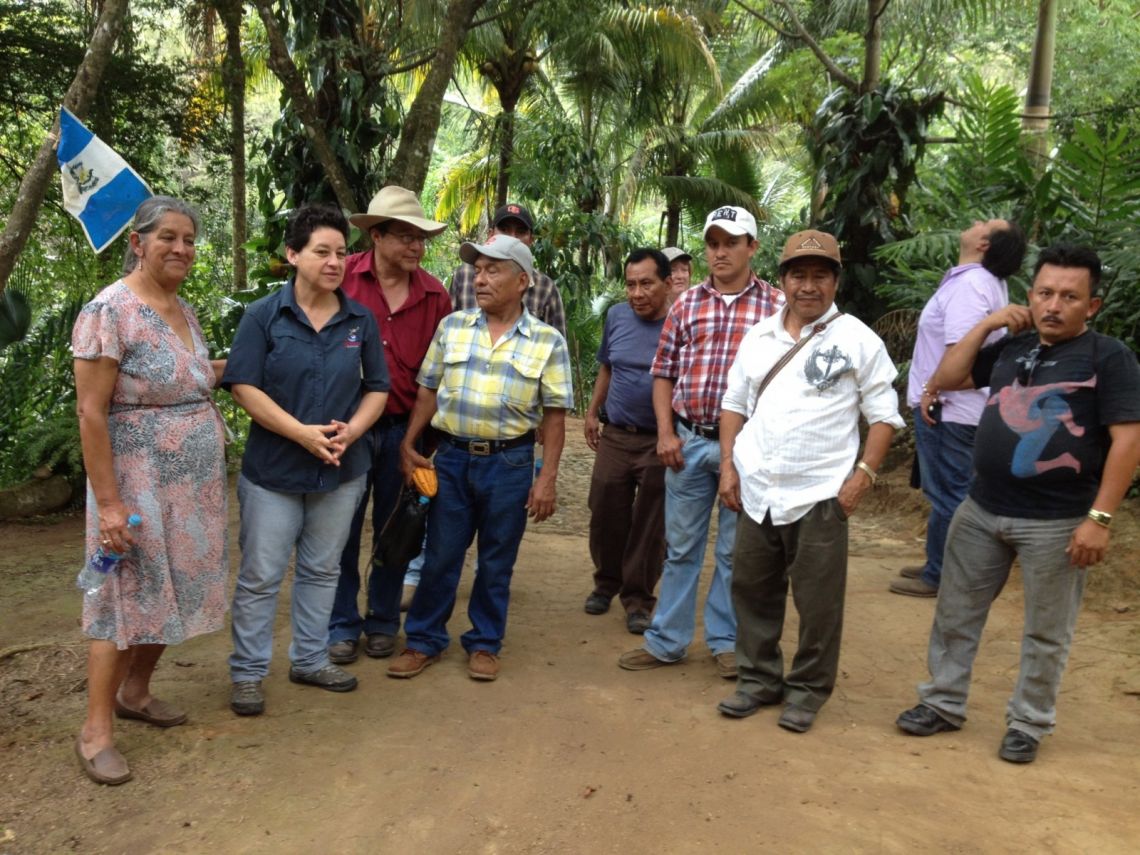 “When I was in Chiapas a couple of years ago, a woman came up to me in the market with samples of her home-produced chocolate roasted with peanuts and cinnamon.”

“I usually run toward threats, not away,” offered Ferra Coffee’s owner Susan Jaime. She was talking about the fact that in her dealings with growers in Chiapas, “the Zapatistas are now for me very important. I was a little scared at first, but decided that [if I was going to work in their territory], I needed to know what the heck was going on with these people.” Many meetings and encounters later, Jaime has developed a respect, even admiration, for this group she says has a love of their culture, language, food, and agriculture—and a desire to preserve it all in place. Developing the coffee industry, and insuring a fair price for the product, meets the goals of both parties.

Jaime didn’t grow up with coffee in her blood and a Subcomandante Marcos T-shirt on her back. The product of a well-to-do Guadalajara familia, she was on her way to becoming a ballerina when her businessman father announced one day that the impending peso devaluation meant that they would have to leave Mexico or lose everything. Serious culture shock accompanied their arrival in San Antonio, but she got through it, even gaining admittance first to the Art Institute of Pittsburgh and then to Carnegie Mellon where she earned a degree in art restoration and conservation—“the perfect combination of science and art,” she says.  Then came the call from her mother: Come home, dad’s not well.

Fast-forward through a tumultuous time when Jaime had a daughter with a prominent Mexican politician—then acquired a life partner in an older woman, spent some time working  at the Mexican Cultural Institute in HemisFair Park … and dreamt of opening a coffee shop where like-minded folks could congregate. One day, she recalled, “I was at a hotel in Dallas when I saw a TV report on coffee cultivation and had a ‘this is it’ moment. When I got home, I said to Sylvia, ‘Do you want to go into the coffee business?’”

It didn’t start well. “[My first investors] left me with $50 in the bank,” she said. But she picked up the pieces, found new investors and a used coffee roaster and, in 2010, founded Ferra on IH-10 near Fair Oaks. Colombia evolved into to Chiapas, Guatemala, Honduras, Nicaragua, Brazil, Malawi, Kenya … “Anywhere I go these days, growers are waiting in line for me,” says Jaime.

Her almost-intimate interactions with growers sometimes have unexpected results—most recently the decision to also delve into chocolate. “When I was in Chiapas a couple of years ago, a woman came up to me in the market with samples of her home-produced chocolate roasted with peanuts and cinnamon,” said Jaime. A visit to her remote village convinced Jaime to get into that business as well. By way of justification, “They often grow together.”

Next stop: Madagascar. “I’m excited: we’re traveling to the site on elephant!” she says. Yet despite the pressure of developing  new markets, Jaime is again focused on that long imagined coffee shop—on a really big scale. The goal is to have daughter Anna take care of roasting and production, and Sylvia (they’re no longer personally involved but still partners in business) take care of the facility. A facility that will have not only roasting ovens, a lab, and trade offices, but also “the latest in every aspect of brewing and drinking—all open to watch,” Jaime said. And all coupled to a seasonal pastry menu. Stay tuned.

The LGBT and allied community in San Antonio is busy preparing for the decision from the Supreme Court on whether...