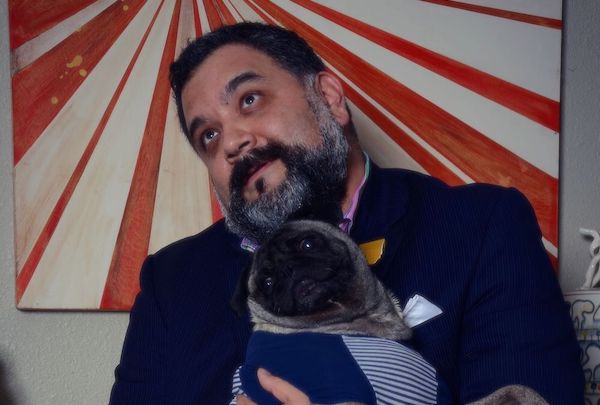 After a two-year hiatus, the board of Fiesta Cornyation, billed as Fiesta San Antonio’s  “raunchiest, cheapest event with a purpose,” announced on January 17 that the show will return this spring.

The announcement was made on the Cornyation Facebook page:”Hear y’all, hear y’all. By decree of His Royal Heinous King Anchovy LV, Jesse Mata: Save the date for Cornyation 2022: The Court of Magnificent Resilience. April 5-7 at the Charline McCombs Empire Theatre.” The Covid pandemic prompted the cancellation of the event the past two years.

In 2020, Cornyation was postponed and slated to take place in November. To give fans of the show a taste of things to come, organizers presented a special online fundraiser in April for those who didn’t want to wait until the fall. The presentation was a film of a previous production.

“This is the first time we’ve shared the show in its entirety, so come and cheer on your favorite Queens and queens in the comments. We’ll post links to donate directly to our charities, San Antonio AIDS Foundation, BEAT AIDS, and Thrive Youth Center,” Mata said at the time. Sadly, with Covid having a greater impact on public health, the November 2020 date eventually was cancelled. There was no show in 2021 but a “Plague Edition” medal was sold to help raise funds.

Cornyation is one of the most popular events held during Fiesta San Antonio, typically selling out all six of its performances each year.

In recent years, Cornyation has raised approximately $200,000 annually for its beneficiaries. Additionally, the board has awarded Robert Rehm scholarships to college students pursuing a degree in a theater arts-related field.

Fiesta Cornyation, April 5 to 7 , 2022 at the Charlene McCombs Empire Theatre. Tickets usually go on sale one month before the event.