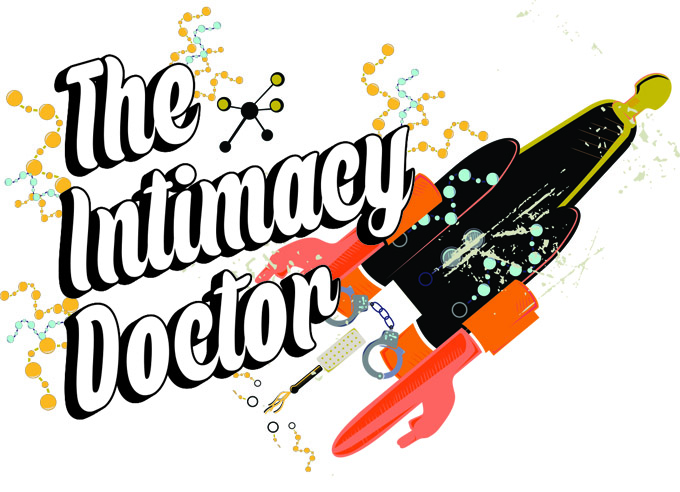 The FDA just approved the drug flibanserin for women with hypoactive sexual-desire disorder. Most people were all, “Wait, what? Girl Viagra? Score!” when this really isn’t the case at all. I taped an interview with Charity McCurdy from WOAI recently about this drug and the impact of it (as well as hyposexual desire on relationships). Charity was awesome … very thoughtful about the possible issues of expecting this medication to work wonders in relationships. If you missed her coverage, here is the low-down.

Flibanserin is not the female version of Sildenafil (Viagra). Viagra is intended for situations when the brain is willing (ALL THE SEXITIMES!) but the body is struggling to keep pace (ALL THE EAT ICE CREAM AND TAKE A NAP TIMES!).

Viagra is used to treat erectile dysfunction. It helps you achieve an erection, or strengthen an erectile response that has been a bit lacking (you know, a softie or a semi). Viagra actually has a similar effect on the clitoris, which is female erectile tissue. Addyi does not have a similar goal.

So what does it do if not girl-wood my junk up like a boss?

Addyi affects neurotransmitters in the brain, not the actual physiology of the body … it increases dopamine and noreprenephrine and decreases serotonin. Wait, what? That sounds like an antidepressant!  Addyi was initially intended to be marketed as an antidepressant because of its impact on serotonin. Didn’t work so well at that, but they found that it did help with sexitimes.

So I pop the pill then my brain is down for sexitimes?

No. You take it every day, like you would most medications. Since it is affecting neurotransmitters, the change is slower. After it’s been in your system awhile (with most medications, you start noticing a difference in 2 to 6 weeks), sexitimes seem more appealing. One clinical trial demonstrated that women on on Addyi reported an increase in their sexually satisfying partnered activity over the course of the month, from 2.8 instances to 4.5. That’s an increase of 1.7 sexual events per month. Is that a game-changing amount? For some people, it may be.

But also keep in mind that Addyi only works for about 10 percent of the women who take it.

Yeah, sorry again. Unlike Viagra, which pretty much fucking works whenever you take it. Viagra is Paul Rudd. Even Antman works when Paul Rudd shows up.  Addyi is more like Louis CK. A bit of a risk … brilliant if it all comes together for you … but overall? A way smaller impact factor.

Sorry, that was a guy analogy … I like guys. How about Angelina Jolie versus Tilda Swinton? You with me my lady-lovin’ ladies? Paul and Angelina can read from the phone book and it’s ON, amirite? They are Viagra.  Louis and Tilda have hardcore followings but a good number of people don’t get the appeal. They are Addyi.

(And for the record, Louis CK is totally Addyi in my book.)

Yeah, that too. I know. WTF? Nausea, dizziness, and fainting. It’s a medication. They have side effects. The fainting is particularly an issue as an interaction with other medications or with alcohol. No drinking on Addyi. If you want to take Addyi, you gotta move out of Margaritaville first. Something to think about.

It’s a new drug, so long-term effects will continue to be studied. Weird stuff happening as people come off it may emerge as it has with other medications that target neurotransmitters. Serotonin withdrawal is a big thing with many antidepressants. Whether Addyi has similar issues will be something to watch for.

What’s the fucking point, then?

It’s aimed to treat hypoactive sexual desire. That’s not a bad aim. The numbers vary, but some studies demonstrate that as many as half of all women struggle with some kind of sexual dysfunction in their lives. Some people are fine with not having sex. And YES, asexuality and demisexuality are very real. And there is nothing wrong with being either. Not a thing. Intimacy and sex are not always the same thing. All human beings are wired to connect. You can desire intimacy without wanting a lot of sex.  If you are in a relationship where your appetites (or lack thereof) are well matched, then don’t worry about it.

Normal is a setting on a washing machine, OK?

You are JUST FUCKING FINE the way you are.

But for many people, there is a significant amount of distress attached to their low interest in sex. They want more sex, and/or their partner does. And it is causing huge issues in their relationship.

I always say if the sex part is working, it is only 10 percent of the relationship. If it isn’t, it becomes 90 percent. If you want things to be better it becomes an overwhelming albatross. If this medication helps mitigate some of that, then that is an AWESOME thing, I’m all for better, more satisfying sexual intimacy. In that regard … go Addyi!

Can I do something else, instead of pop a pill?

Hell, yeah! That’s what I do for a living! A big part of my private practice is doing short-term coaching on activities with individuals designed to build the kind of intimacy that leads to more sexually satisfying encounters. I refer to empathic and kind MDs to check out the possible medical complications. And I work with other practioners who use neurofeedback, acupuncture, and other evidence-based treatments to assist with managing many of the stressors associated with a low libido response. Sometimes it takes small changes and adaptations to make things TONS better. Don’t discount many of the “tricks of my trade,” so to speak!

Don’t want to try therapy OR Addyi? Besides my private practice, I am always posting interesting articles and tidbits in social media . ..feel free to follow me on my Facebook page and/or on Twitter for more gossip on Addyi and other sexitimes topics of interest!

The San Antonio Current is reporting the City of San Antonio has hired a diversity and inclusion officer who will...