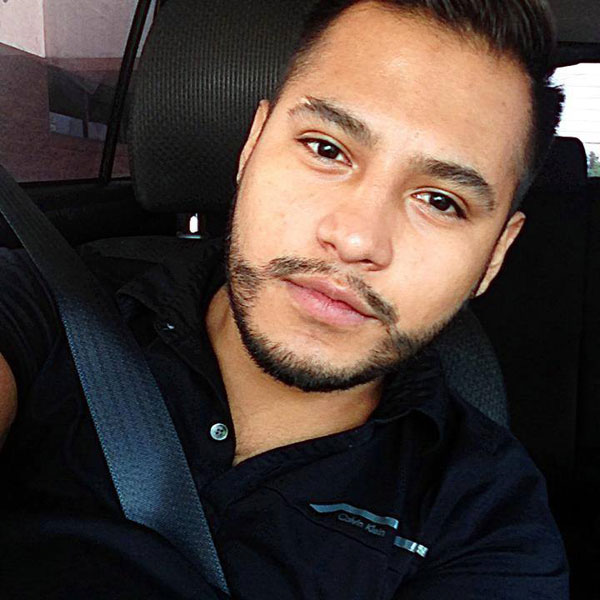 Frank Hernandez Escalante, a native of Weslaco, Texas was among the victims of the shootings in Orlando, Florida on June 12. (Photo: Facebook)

The family and friends of Frank Hernandez Escalante are shocked and dismayed over his death at the hands of a shooter who killed 49 people at the Pulse dance club in Orlando, Florida on June 12.

Escalante, 27, was a native of Weslaco, Texas who graduated from Weslaco East High School in 2006. He moved to Orlando two years ago for work. According to a Facebook post by a friend, Mary Zimik, Escalante managed a Calvin Klein clothing store.

KRGV-TV reports that Escalante’s best friend Linda Garza, who lives in Weslaco, got a text from Escalante around 10 p.m. on June 11 telling her that he and his boyfriend, Brett Rigas, were going dancing at the Pulse that night.

Garza says that around 2:30 a.m. she got a text from Rigas saying that he and Escalante had gotten separated in the crowd when the shooting began. She tried contacting Escalante though texts and phone calls but grew alarmed when she got no response.

Escalante’s family was distressed by the news. In a Facebook post, Escalante’s cousin, Paola Escalante-Castillo posted his picture along with the plea, “My cousin Frank Hernandez [Escalante] was at the Pulse Nightclub last night where the mass shooting occurred. We have not heard from him and are asking anyone that may have information to please reach out to us. We are very worried about him and continue to stay hopeful.”

“His family, his mom, his sisters drove to Orlando because we hadn’t heard anything. We were calling the crisis center, we were calling the hospitals, we were trying to call anybody we could to find out where he was and there was never any information,” Garza told KRGV.

The family finally was informed on Monday, June 13, that Escalante was among the victims.

After learning of his passing, Escalante’s sister, Julissa Leal said in a statement on Facebook, “I honestly don’t know how to say it, I don’t want to say it, I don’t even want to believe it. I don’t understand why he had to be one of the many victims who didn’t make it. Why did it have to be him of all people?”

The family is awaiting word on when they can bring Escalante’s body home to Weslaco. A GoFundMe page has been started to help defray the cost of funeral expenses.

Beginning this week, the Rape Crisis Center in San Antonio is initiating a series of weekly workshops for LGBT adults...