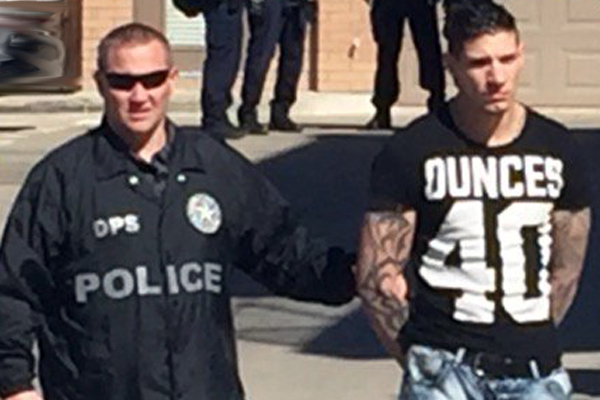 News of the bust was first reported on Twitter by Cory Smith of KXAS-TV who said neighbors called police after they heard a series of loud booms coming from an apartment on Dickason Avenue. The Dallas Morning News reports that according to the arrest warrant affidavit, SWAT officers found a bag containing 1600 grams of a substance believed to be methamphetamine along with a scale and packaging.

Harper was charged with manufacturing or delivering of a controlled substance, a first degree felony punishable by a minimum of five years in prison. Bail was set at $100,000. In a comment to Str8upgayporn Harper wrote: “I believe people should want to be proud of who they are and where they come from,” the post read. “I feel like we are suppose to continue our race and our culture. That’s why our parents teach us their values and principals, its a part of your heritage. When it comes to having kids, I prefer to stay inside my race. It’s nothing hateful toward any race, it’s just what I believe. Why is that so wrong? Does that make me a racist?”

On February 7, the Texas Tribune live-streamed a conversation with three first-time state representatives during which one of them said...