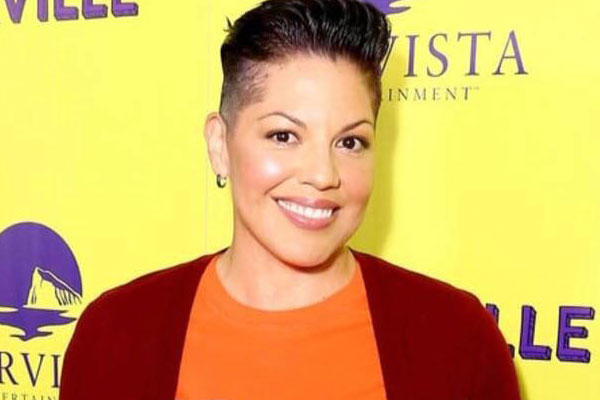 Sara Ramirez, who formerly appeared on the hit TV show, “Grey’s Anatomy,” will be in Austin on March 20 as part of All In For Equality Advocacy Day.

The event, which is being presented by Equality Texas, ACLU of Texas, Human Rights Campaign, Texas Freedom Network, and Transgender Education Network of Texas, will include a rally and face-to-face conversations with politicians at the Texas Capitol about issues that matter most to LGBT Texans.

“We have between 900 and 1,000 people already registered, and that’s more than double the attendance in any recent years,” Equality Texas CEO Chuck Smith told the Dallas Voice. “There are buses coming from Dallas and Plano and Houston and San Antonio and Brownsville. We will have people here from all parts of the state.” Advocacy Day organizers say the event is an opportunity for LGBT voters to “ask state leaders to pass inclusive policies that protect all Texans, including our children, and end discrimination based on sexual orientation and gender identity or expression.”

The gathering of LGBT activists in Austin comes just a few days after an anti-trans bathroom bill was approved in the Senate and is now under consideration in the House where it faces opposition.

“It is the responsibility of all of us to educate ourselves so these false attacks can be exposed for what they are, a solution where there is no problem to perpetuate discrimination against LGBT Texans,” said Smith.

Ramirez’s participation in Advocacy Day is in keeping with her long-time support of LGBT equality. For this event she has decided not to speak but to stand on the dais in solidarity with a group of Latino trans men and women who are coming from the Rio Grande Valley and who plan to give a presentation in Spanish.

Last year, Ramirez came out as bisexual while speaking at the True Colors 40 to None Summit, a two-day conference on homeless LGBT youth. In 2006, she won a Tony Award as Best Featured Actress in a Musical for her role in “Spamalot.” She appeared on “Grey’s Anatomy” for 10 seasons.

Registration for Advocacy Day is now closed. Organizers encourage people to attend the rally in front of the State Capitol at 12:30 p.m. and lobby their local politicians independently.

In what is called a "third reading," the Texas Senate voted on March 15 to approve Senate Bill 6 which...