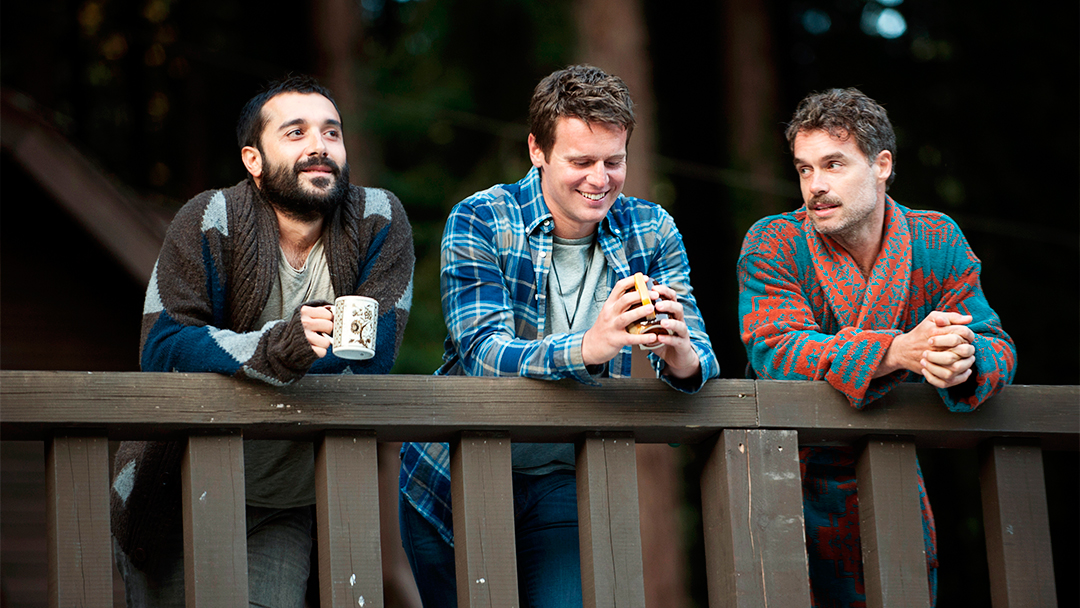 Fans of the short-lived gay series Looking are in for a dog days of summer treat.

Sporting a new haircut and looking good, Patrick returns from his self-imposed year in Denver for the wedding of a former roomie. Patrick tells the taxi driver he lived in San Francisco for 10 years. “So are you glad to be back?” the driver asks. Patrick replies, “Ask me in a couple of days.”

Beautifully shot in San Francisco and environs, the film recaps a bit of its previous seasons. Perhaps a bit too much exposition for die-hard fans, but just enough for curious, newbie viewers. Looking’s director and co-creator Andrew Haigh (Weekend, 45 Years) utilizes a style that offers little plot but a lot of talking heads sorting out their problems.

Part of the criticism of Looking as a series was that it moved too slow — boring. Too much talk and not enough action. Its characters seemed a little too old (30 to 40-plus) to still be having identity and career issues.

The fact that Patrick, a blond, blue-eyed, promiscuous white gay man was the central character riled critics who found the series lacking in its reflection of the greater gay community (ditto the recent Stonewall). I found Patrick’s “self-loathing” and insensitivity in matters of the heart and his fear of commitment to be a critique in itself of the narcissistic software game designer. (Think the less than sterling Brian Kinney in Queer as Folk).

Perhaps the film’s best moments are Patrick reconnecting with his exes: Ritchie (Raúl Castillo) the Mexican American barber now in a relationship with the acidic and alcoholic journalist Brady; and Kevin (Russell Tovey), his former Brit boss who, in a devastating scene, scathingly but lovingly tells Patrick why he never gave their love a chance. And for once, Patrick sees his immature behavior. Hallelujah! Yes, he’s still looking, searching, but at 30, he doesn’t have much to be proud of. Still, Groff’s and Tovey’s performances here are peerless. The wedding goes on as planned despite some pre-nuptial jitters. The reception is held in a grand old gay bar. It feels a bit eerie to be in the safe, communal space where many first accepted their sexuality and where we are still reeling from the recent Orlando tragedy. But Looking has never been about coming out, instead asking, what do you do once you’ve come out? How do you navigate life as an out gay man?

In an early scene, Patrick picks up Jimmy, a 22-year-old, for a one-night stand. All of the angst he had to deal with at that age isn’t visible in the millennial gay. Patrick is shocked that Jimmy had a boyfriend at 16. When he rues about his failed romances, the wise-beyond-his-years Jimmy explains: “You have to bury the dead, or they’ll come back to haunt you.” Touché.

Looking has a viewer-pleasing ending. I’d prefer a more realistic open-ended one. For despite all the palaver and well-meaning bromides, we already know Patrick’s serial M.O. And yet, part of Haigh’s message is that whether gay or straight, we all make mistakes in the pursuit of personal happiness, of finding fulfillment in life and love. It also augurs a new era for our community. Fingers crossed that it doesn’t turn out to be anything more than barfly beer talk.

Still Looking: The Movie is worthy of a second look.

Artist, activist and Out In SA columnist Gene Elder was arrested on July 14 in Alamo Heights where he was...