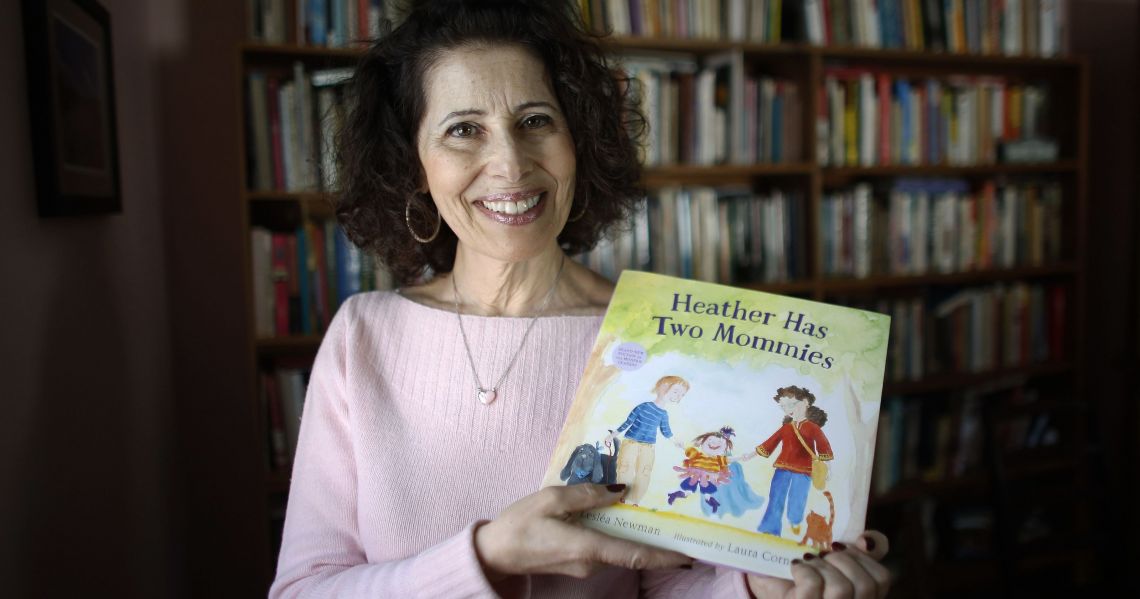 Still in the midst of National Poetry Month, San Antonio has been gifted an array of local offerings (organized in an online calendar at getcreativesanantonio.com), including the recurring program “Voices and Vibes.” Presented by the interfaith organization Celebration Circle, the monthlong series continues Sunday, April 23, with a presentation by influential Jewish lesbian author Lesléa Newman. A native New Yorker, Newman is the author of Heather Has Two Mommies, a groundbreaking children’s book about a young girl being raised by two partnered lesbians. As the story goes, Newman was approached by a woman — a partnered lesbian whose daughter was about to start day care — hoping to find a writer willing to tackle the topic, which Newman famously took on herself. Published in 1989, Newman’s pioneering book created a positive representation for modern families, specifically those with same-sex parents.

Met with criticism and opposition from politicians and anti-gay groups, Heather Has Two Mommies was called “anti-God” and inappropriate for children, and even led to a New York City school chancellor being fired for defending it. One pastor, Dr. Robert Jeffress of First Baptist Church in Wichita Falls, waved the book around during a sermon about Sodom and Gomorrah and checked out copies from a local library without returning them.

While many books representing LGBTQ+ families have been published since 1989, Heather Has Two Mommies remains a landmark that’s still relevant in today’s current political climate. In addition to her “Voices and Vibes” spotlight, Newman is scheduled to appear at The Twig in support of I Carry My Mother — a book-length cycle of poems exploring “a daughter’s journey through her mother’s illness and death.”

A new drag musical inspired by the The Golden Girls will kick off a series of LGBT friendly productions at the...