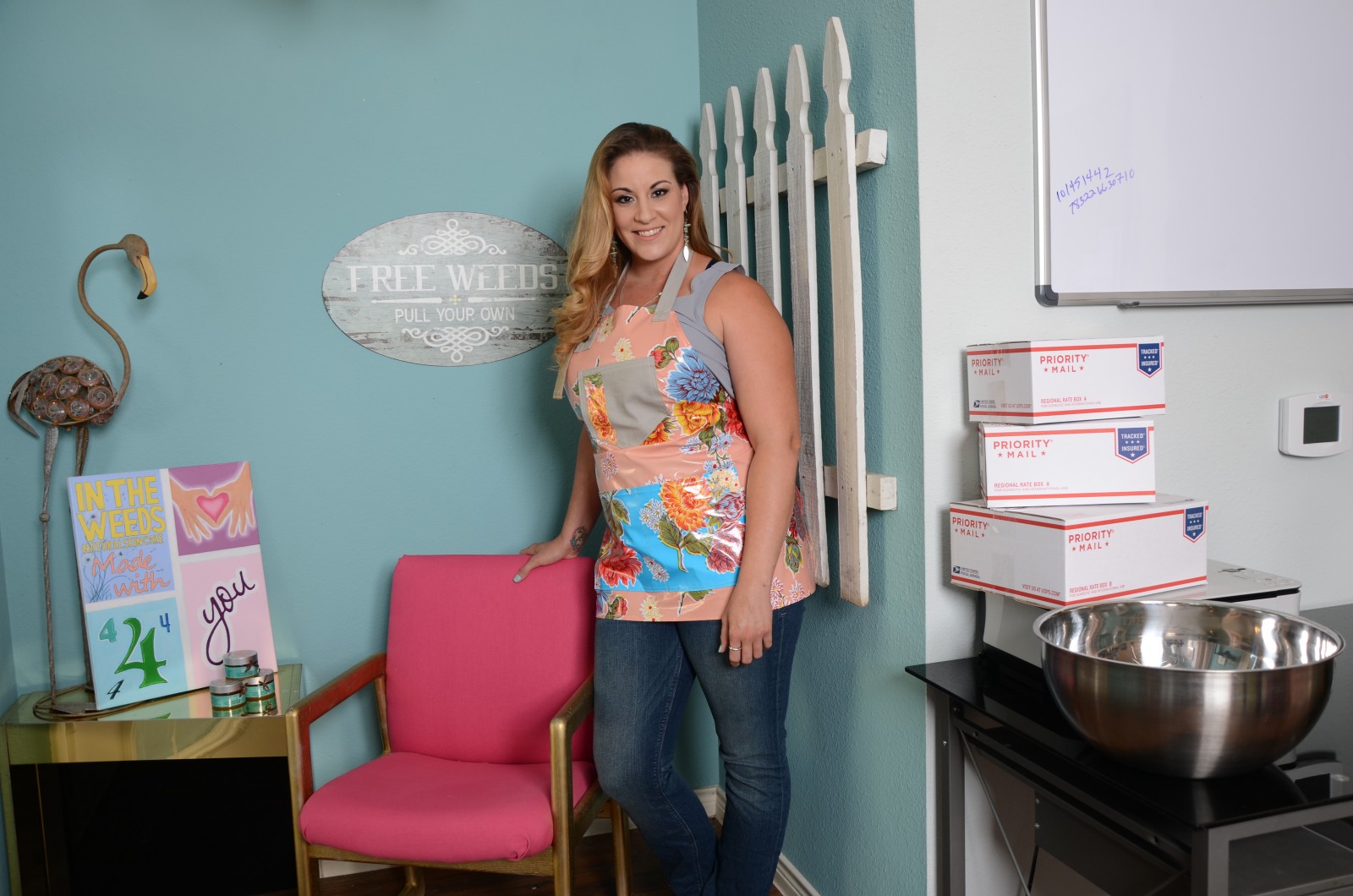 Lika Torline photographed by Bryan Rindfuss for Out In SA

“I’ll try to give you the short version, but it’s still a long story,” Lika Torline warns me before zigzagging through the series of events that led her to launch In The Weeds Natural Skin Care, a chemical- and cruelty-free line of products she creates out of a live/work space at the Gardens at San Juan Square. After departing her hometown of McAllen, Torline attended Texas State University, where she majored in interior design and minored in technology. Upon graduation in 2010, Torline struggled to put her degree into practice amid the economic downturn, finding that “not a lot of people were buying houses, let alone a decorator or designer.” Out of money, she returned to the Valley and settled for a position as display manager for a furniture store, where she suffered a serious back injury. Although the store offered her an office job, she opted to start taking her side job (doing makeup for weddings and quinceañeras) more seriously and enrolled in the Spa Professional Academy instead. Tasked with creating an exfoliant for a school project, Torline experimented on her own sensitive skin (“I’m a really good test bunny”) and came up with Dollface, a scrub that formed the backbone of In The Weeds.

After obtaining her DBA and officially launching her small business (thanks to a $150 birthday check from her Tía Ruby), Torline threw caution to the wind and relocated to San Antonio to start a relationship with her now ex-girlfriend. Just before the breakup, In The Weeds was voted Best of the City in 2015 (for beauty/cosmetics) by San Antonio Magazine readers. Torline — who’s now in a long-term relationship with Jennifer Baker, a police sergeant in a neighboring county — took the award as a sign she should stay put.

Destined to take In The Weeds to the next level, Torline maintains a regular presence at artisan markets in and around San Antonio (including 5 Points, SoFlo Market and Wimberley Market Days) and continues to increase the exposure of her website (shopintheweeds.com). Chatting with Out In SA over coffee at 5 Points Local, Torline shed light on her commitment to all-natural ingredients, her Shark Tank obsession and the $5,000 matching grant she recently received from the Westside Development Corporation. 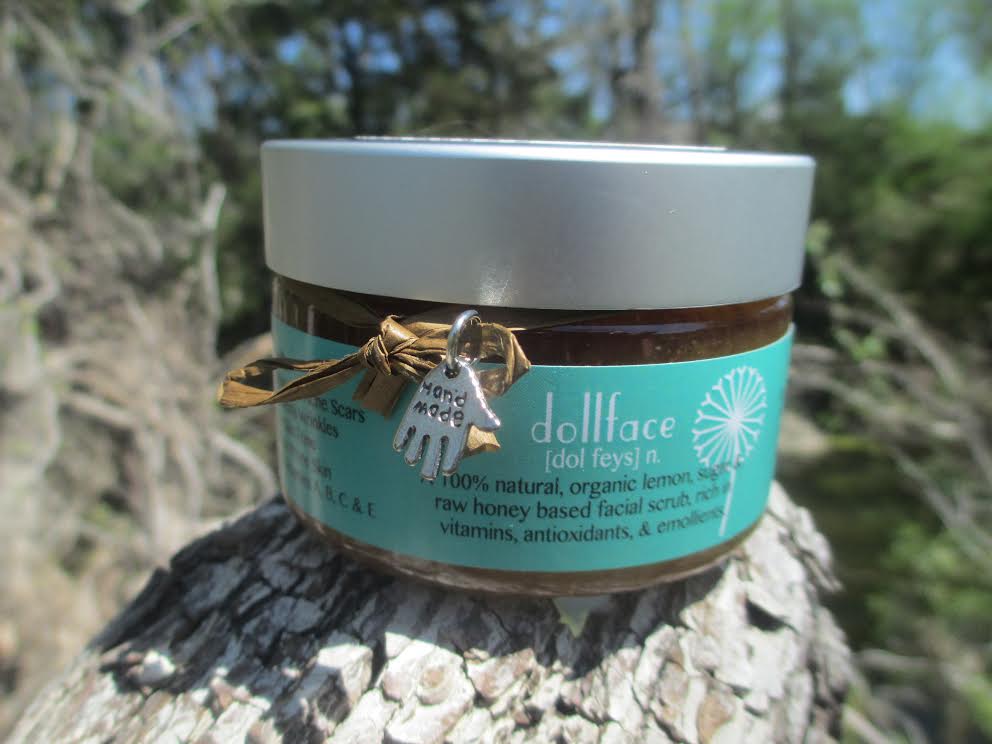 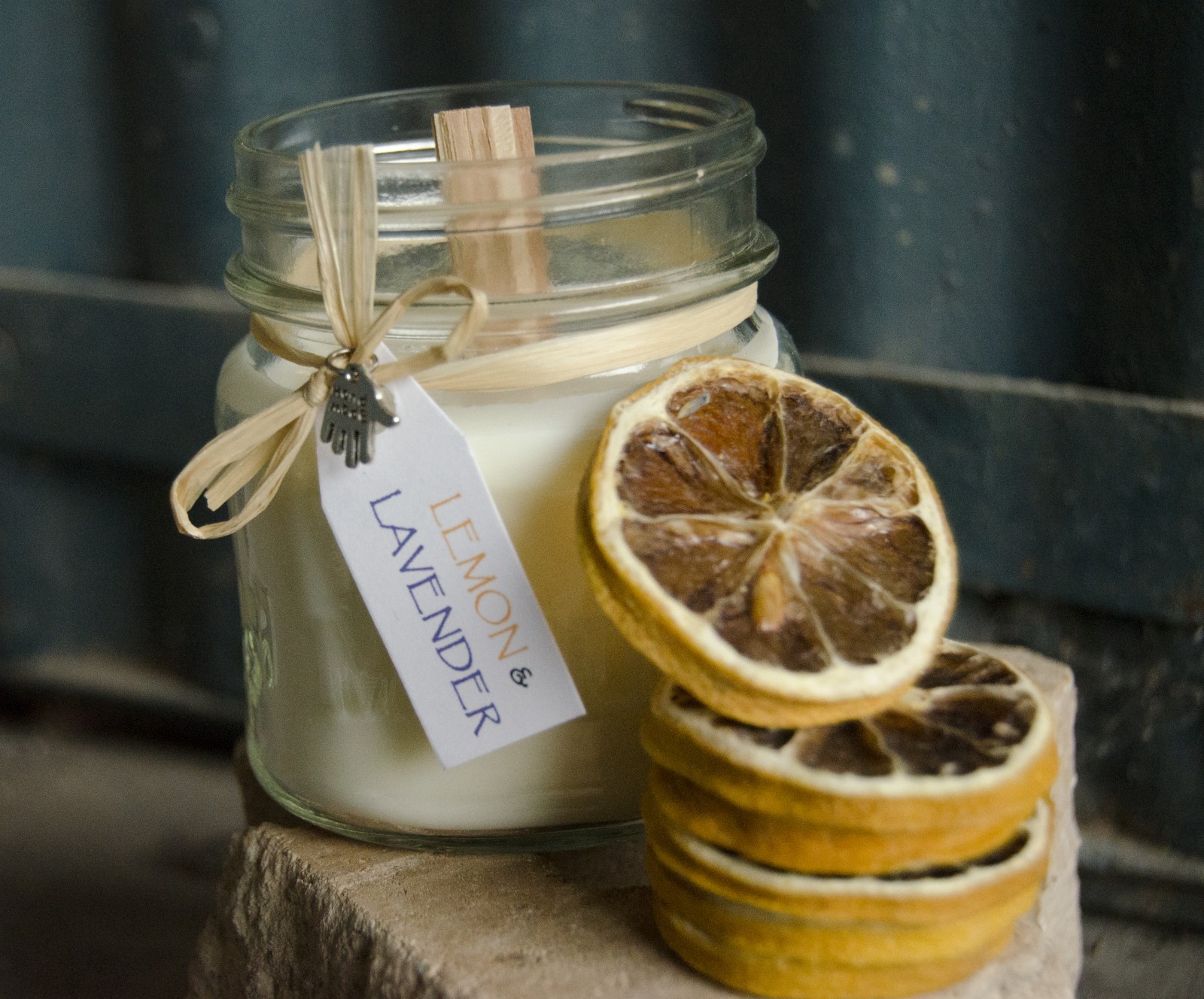 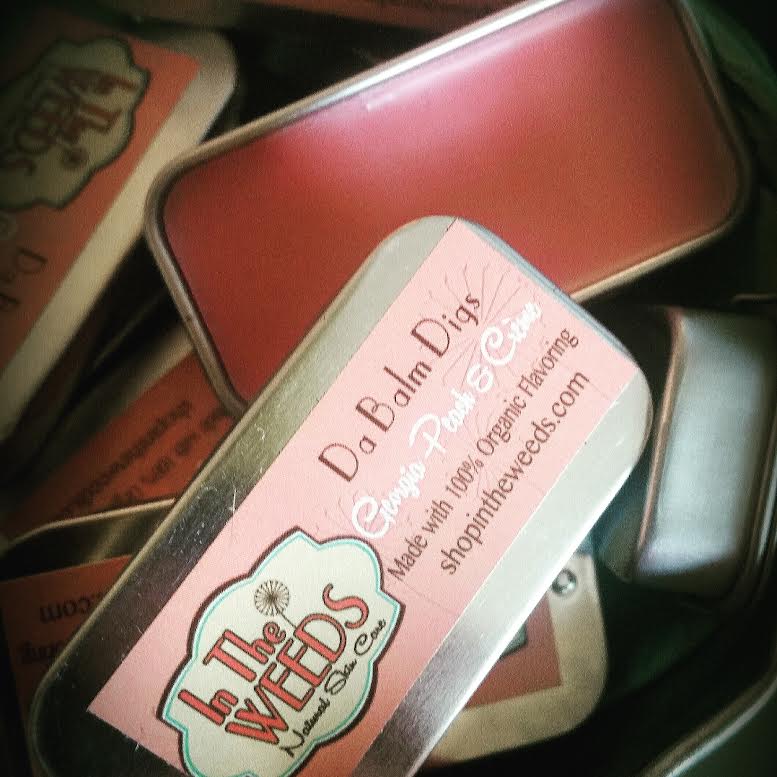 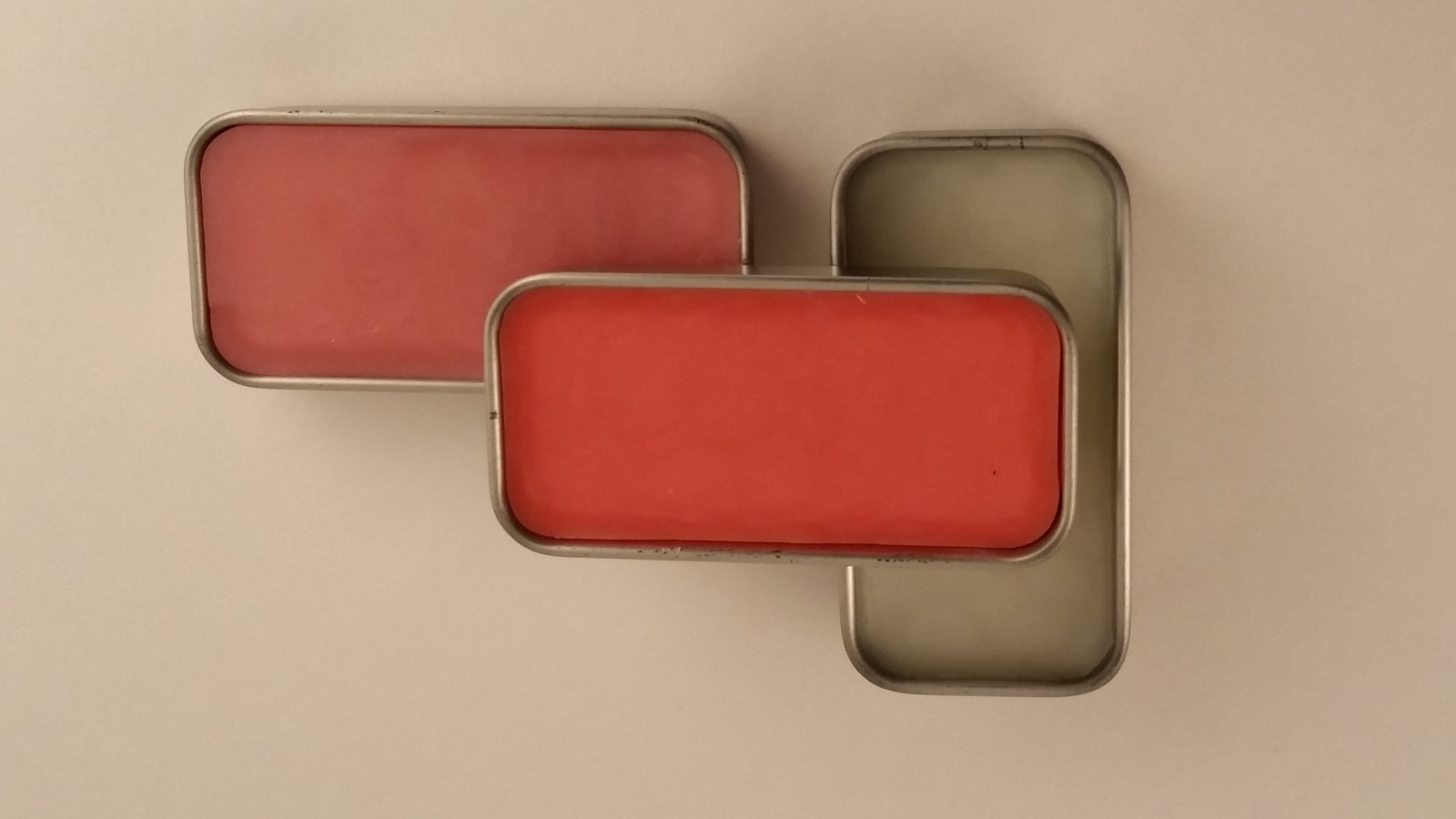 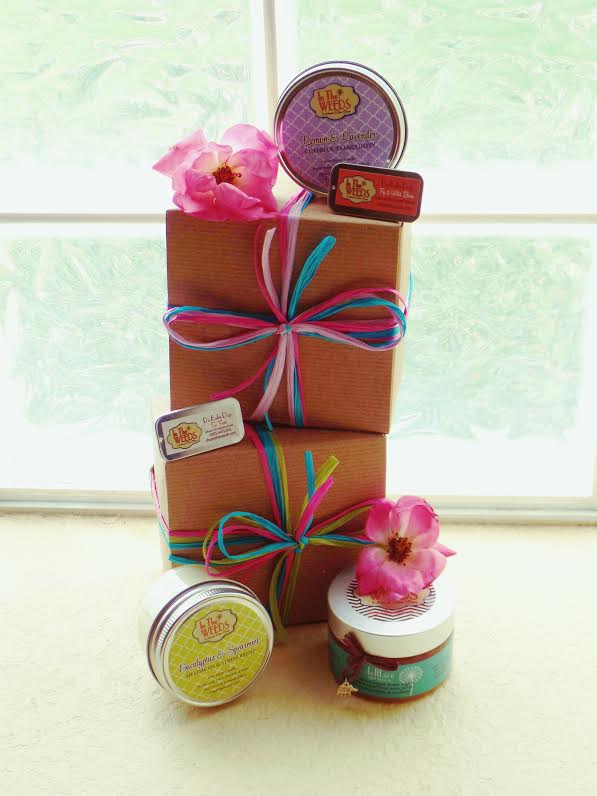 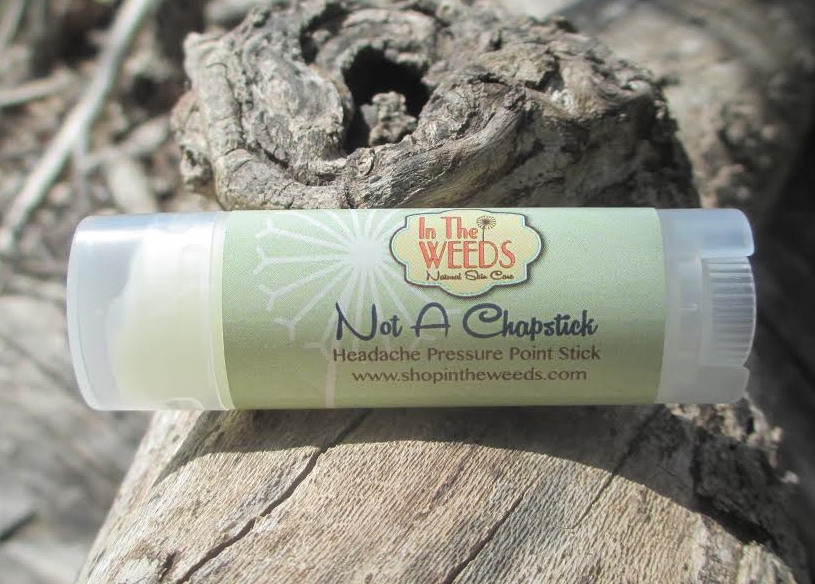 What’s the significance of the name In the Weeds?
“In the weeds” is a service industry term meaning that you are behind or trying to catch up … Not only did I work in bars and restaurants during college, but after my back injury and quitting my job, I kind of felt my life was “in the weeds.” I felt behind, and pretty nervous about what I was going to do with my life. I like that [the term] gives that perception of going through the weeds to find things to use in my products. I also love that dandelions are weeds because almost everyone has made a wish on one at least once in their life.

In addition to your signature scrub, what are some of your best sellers?
I have a headache stick called Not A ChapStick. It’s two different species of eucalyptus and it also has spearmint and it comes in a little ChapStick tube … You use it on your pressure points and it’s like an aroma-therapeutic way [to help] stop migraines. I have customers that swear by this; they’ll buy five at a time … I also have an insect repellant because I get bit like crazy … I have a coffee scrub for cellulite called Bump N Grind. I don’t want my products to have stuffy names.  I figure if I can name them whatever I want, I might as well have fun with it.

What all will the Westside Development Corporation (WDC) grant you just received cover?
The WDC grant will help fund my labels to become FD&C (Federal Food, Drug and Cosmetic Act) compliant and also [assist with] barcodes and SEO (search engine optimization) on my website.

Once you’re over the hurdles of FD&C compliance, what are your hopes for In The Weeds?
I really want to get my products into stores like Whole Foods and Sprouts, as well as urban boutiques, and stores that sell eco-friendly or health-conscious items. Whole Foods will do regional areas, but if you get into Sprouts you have to provide inventory for all 200 stores. That’s a Shark Tank moment. I used to study Shark Tank. Because I didn’t go to school for business … If I had I wouldn’t be in this business … You have to learn as you go … I would also love to have my products sold in the Spurs stores.  The Spurs are like the athletic gods of San Antonio, and they should be using health-conscious products. Offering chemical-free products to the Spurs and their fans is definitely a big dream I have.

Stone’s Island: A Visit to the Stately Roosevelt Library

Traveling down South St. Mary’s Street through the railroad underpass, one might notice what appears to be a vintage office...