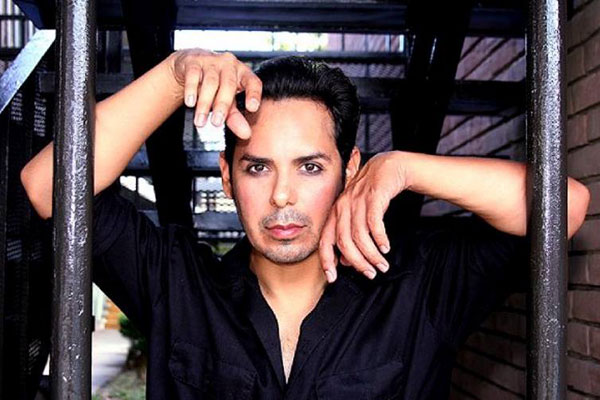 San Antonio actor, playwright, director and choreographer Jade Esteban Estrada premiers a new, autobiographical, one-man show that highlights his childhood, his family, and a career that has taken him around the world.

The production, titled A Sign from the Taco Gods, is being presented by the Overtime Theater and the TacoTown Theatre Company from December 14 through January 5.

Estrada’s multi-faceted career spans work in theater, motion pictures, television, stand-up comedy, and burlesque. However, his specialty has been the one-man show, many of which he has penned himself.

In 2002, Estrada debuted Icons: The Lesbian and Gay History of the World, Vol. 1 and by 2006 had followed that show up with two sequels. Some of the other plays he’s written include Gay Christian, Gay Muslim, Gay Jew; Pico de Gallo; and A Lullaby for Ryan: The History of HIV/AIDS in America, among others. 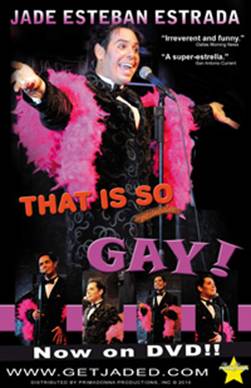 Estrada’s work on the comedy club stage was immortalized in 2010 when he premiered That’s So Gay! a DVD recording of his act captured live on stage, pink boa and all, at Graham Central Station in San Antonio.

In recent years, Estrada has mounted burlesque plays like Sinderella and the Glass Zipper, Madame X: A Burlesque Fantasy, and How Burlesque Saved Christmas. He’s also created burlesque adaptations of Alice’s Adventures in Wonderland, The Masque of the Red Death, and The Nutcracker.

Despite a travel and performance schedule which would tax most entertainers, Estrada still finds time to teach acting classes and pen the Glitter Political column for the San Antonio Current.

Estrada’s range and flexibility as an artist are his greatest strengths and the source of accolades. Deborah Martin, the theatre critic for the San Antonio Express-News, once wrote, “Jade Esteban Estrada knows how to draw an audience in and hold them in the palm of his hand.”

The Overtime Theater and TacoTown Theatre Company present the world premiere of “A Sign from the Taco Gods,” written and performed by Jade Esteban Estrada. At 7:30 p.m. Fridays and Saturdays from December 14, 2018 to January 5, 2019 at The Overtime Theater, 5409 Bandera Road, Suite #205. Purchase tickets online at this link. Limited seating. Ages 16 and up. For more information or to reserve tickets: 210-557-7562 or [email protected].

The former U.S. housing secretary and San Antonio mayor took another step toward a 2020 presidential run Wednesday. By Patrick...