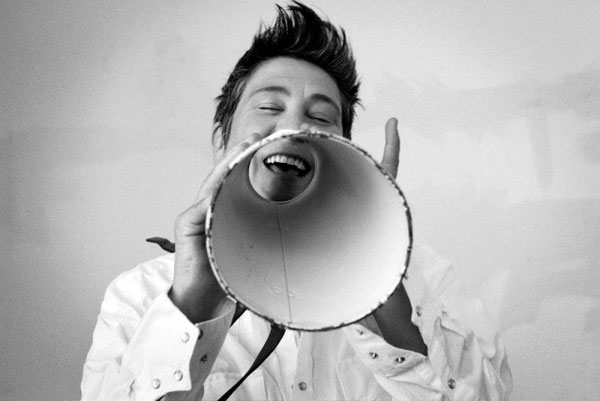 In 1992, K.D. Lang released Ingénue, an album unlike anything else on mainstream radio at the time. A stark departure from her previous alt-country albums, it would go on to cement her status as one of the greatest vocalists of her generation.

Ingénue was a nod to the timeless work of George Gershwin and Kirk Weill and mixed global folk with middle of the road pop. With over 2 million copies sold worldwide, the album spawned the top 40 hit “Constant Craving,” and earned Lang the Grammy Award for Best Female Pop Vocal Performance.

On Friday, September 21, Lang brings her Ingénue Redux tour, a celebration of the 25th anniversary of the album, to the Majestic Theatre, to be filmed as part of PBS’s Great Performances series. Along with hits from her 2004 album, Hymns of the 49th Parallel, Lang will perform the entirety of the Ingénue album. 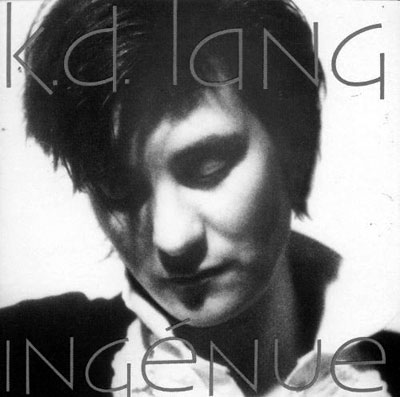 A success in its own right, the release of Lang’s Ingénue is also remembered as a pivotal moment for the LGBT community. Soon after the album’s release, Lang would come out as gay in an interview with the Advocate and later pose for a controversial Vanity Fair cover alongside supermodel Cindy Crawford. In a recent phone conversation with Lang, we discussed the album’s impact on popular culture and its enduring legacy.

Ingénue was released over 25 years ago. What are you able to appreciate about the album today that perhaps you missed the first time around?

I don’t know how to answer that but I think it’s a bonus and a certain luxury that there are people who have lived with Ingénue for 25 years and have their own relationship with it. It brings a certain comfort but also a certain set of perils to try and side step. I thought about it a lot … about how to deliver the record before going on tour. I wanted to make sure I didn’t superimpose my own experiences and emotions over theirs. I didn’t want to take away from the audience’s own history with the record. I try to perform it in away that incorporates all the water that’s passed under the bridge but doesn’t flood it.

Did you have any idea of the cultural impact the album would have 25 years later?

No, I had no idea. In fact, I thought I was going to get slammed for making Ingénue. At the time, Nirvana had just put out Nevermind and Madonna and Bjork were hot. I was making a record that didn’t sound like any of that and I actually did get slammed. The first couple of reviews were just horrific and I thought ‘Ugh, there goes that.’ But then “Constant Craving” started to take off and then there was the Vanity Fair cover and I guess the rest is history.

So about that Vanity Fair cover where you posed with Cindy Crawford as she was shaving your face … Was it your intention to challenge gender roles with that image?

Yeah, I mean I don’t think I went to the political process of it but just as an artist … it was sort of a natural thing for me to play around with gender like that. I think now in retrospect, it was an important piece in our pop culture and I’m certainly proud to have been a part of it.

It was every man’s dream to be shaved by Cindy Crawford back in 1993.

Not just every man I guess! 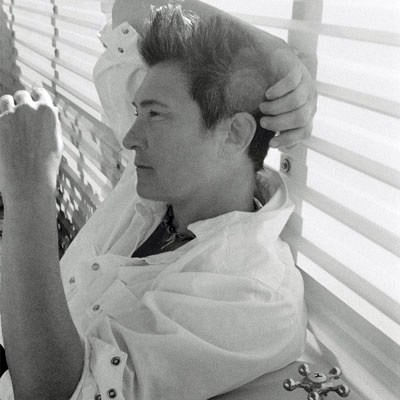 Was there a particular work of art or image that inspired you in the way that cover has done for so many others?

Oh yeah, many thousands and thousands! Everything from Marlene Dietrich in her tux to Grace Jones and everything in between. Anything that challenges the norm has always peaked my interest.

If you could reshoot that cover today what up-and-coming young actor or star would you have shaving you?

Who are you listening to on the road?

What would you say to the lover or lovers that inspired Ingénue if you could speak to them today?

So your hit single “Constant Craving” is in many ways about unfulfilled love. Would you say you are more at peace today than you were 25 years ago or is it a never-ending search for satisfaction?

Well, “Constant Craving,” as I try to do with all my songs … it’s really more of a general love. It could be applied to spirituality or artistic endeavors or a love interest. You know, it’s really about the human condition more so than satisfaction and longing. So it’s the same today as it’s ever been.

When I was a kid you were really the first out person I had ever heard of or seen on TV. I remember thinking ‘Wow, that’s somebody just like me’ … and I knew that everything was going to be alright. So, I can attest to the power and impact that these visuals and images have on our culture.

Aw, that’s awesome! That means a lot to me.

In an effort to encourage more community members to get tested, Unify San Antonio is offering a a $10 gift...