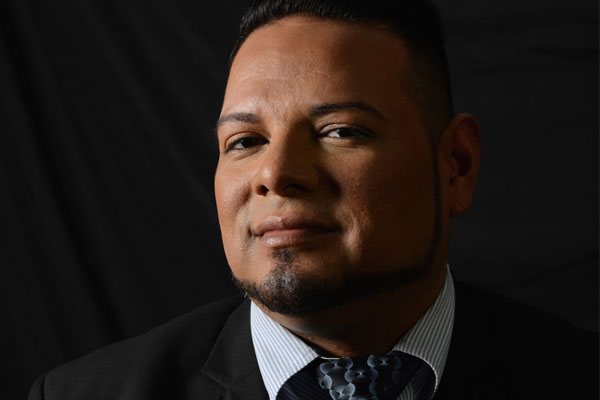 Robert Salcido, Jr. will receive the 2016 Public Citizen of the Year Award from the Texas chapter of the National Association of Social Workers. (The Broadway Agency, InsideOutSA, Photograper: Mario Gutierrez)

A San Antonio activist will be recognized for his work in the LGBT community by the Texas chapter of the National Association of Social Workers during their annual state conference in Arlington, Texas on October 6.

The NASW/Texas will honor Robert Salcido, Jr. with the 2016 Public Citizen of the Year Award, which is given annually to “an outstanding member of the community whose accomplishments exemplify the values and mission of the profession of social work and who has acted with courage to make significant contribution to an area or population of concern to the social work profession such as: at-risk or vulnerable populations, quality of life in communities, or social issues.”

According the NASW/Texas announcement, Salcido’s “dedication towards the advancement of human rights and equality for LGBT Texans is evidenced by his radical decision to leave the private-sector career in order to fulfill his passion to help marginalized and underserved communities.” Last year, Salcido was chosen as one of the Most Influential citizens in the city’s LGBT community by Out In SA. In an article about his accomplishments the magazine reported, “Salcido is probably the most well-connected LGBT leader in San Antonio. His affiliation with some of the LGBT community’s most important organizations keeps him in touch with local issues and offers him a unique perspective for his job with Equality Texas as a regional field organizer.”

Aside from his work with Equality Texas, Salcido is board chair for Pride Center San Antonio and a founding member and board president of Orgullo de San Antonio, the local LGBT LULAC chapter. He also is on the leadership team at CAUSA , spent four years on the board of the S.A. LGBT Chamber of Commerce, and is on the mayor’s LGBT advisory committee. In May 2015, he was chosen for a Victory Empowerment Fellowship by the Gay & Lesbian Victory Institute.

In their announcement, NASW/Texas praised Salcido for his activism, “We honor him for his passion, dedication and the tremendous impact he’s made on the LGBT community in San Antonio and throughout Texas.”

The NASW/Texas also will present awards to the following recipients.

Save the Dates: Autumn Marks Start of Fundraiser Season

Labor Day marks the end of summer and the beginning of fundraising season in San Antonio’s LGBT community. While fundraising...