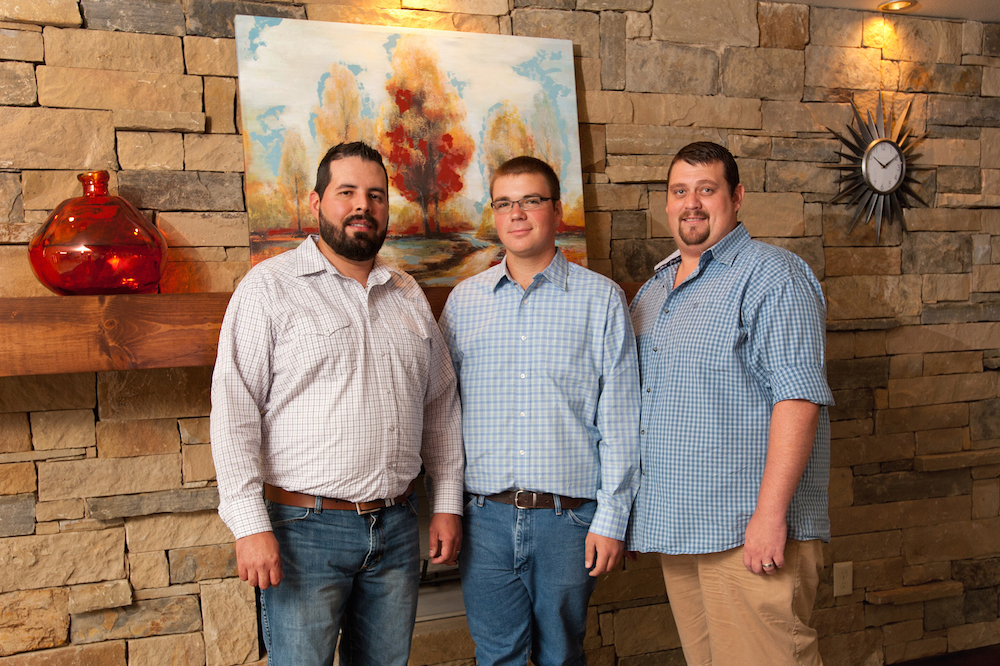 It all started with a maxed-out credit card. (This is actually almost true.)

It was in New Braunfels, and the year was 2000. John Price found himself about to lose his home to foreclosure, so he decided on a Hail Mary solution: marshal the forces, push credit cards to the limit, and go for a serious renovation in the hopes of selling the house and saving his hide. A $50,000 profit later, Price realized he was onto something. Sayonara hotel industry.

The house we’re sitting in at 1128 Wiltshire Ave. is his 102nd flip. But it’s the fifth with Joseph Pizzini. This single-monogram couple met (online, if you must know) in 2011, got married in New York in 2013, and is now devoted to working together 24/7. For Pizzini, it was so long pharmaceutical industry. Their first house together was in the (aptly named) Rainbow Hills subdivision at Marbach and I10. 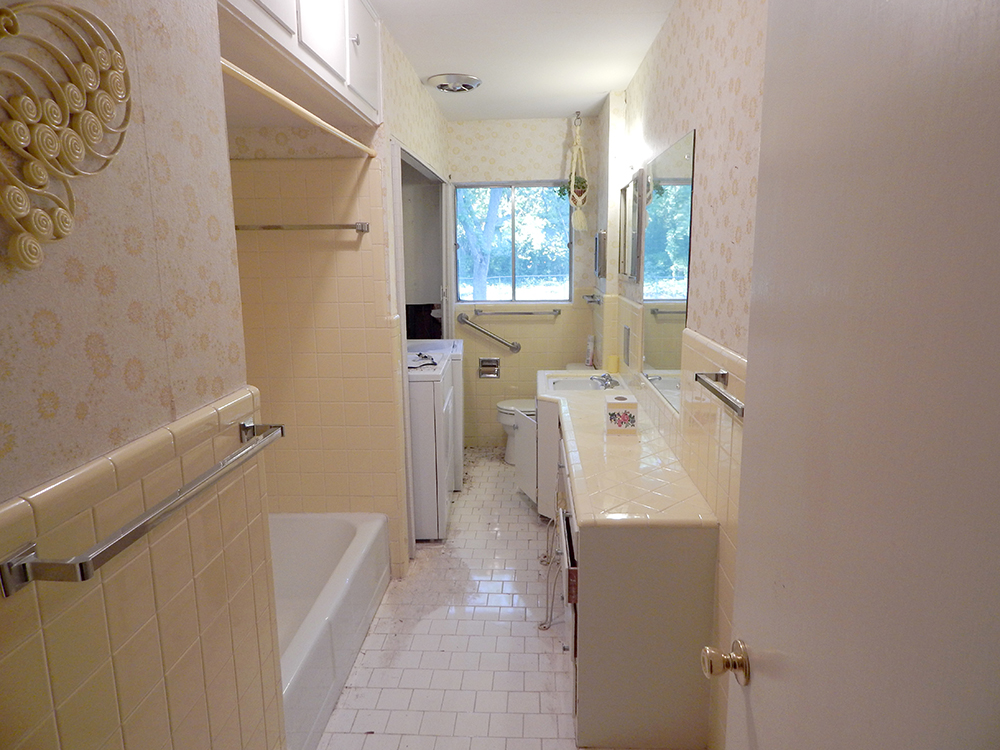 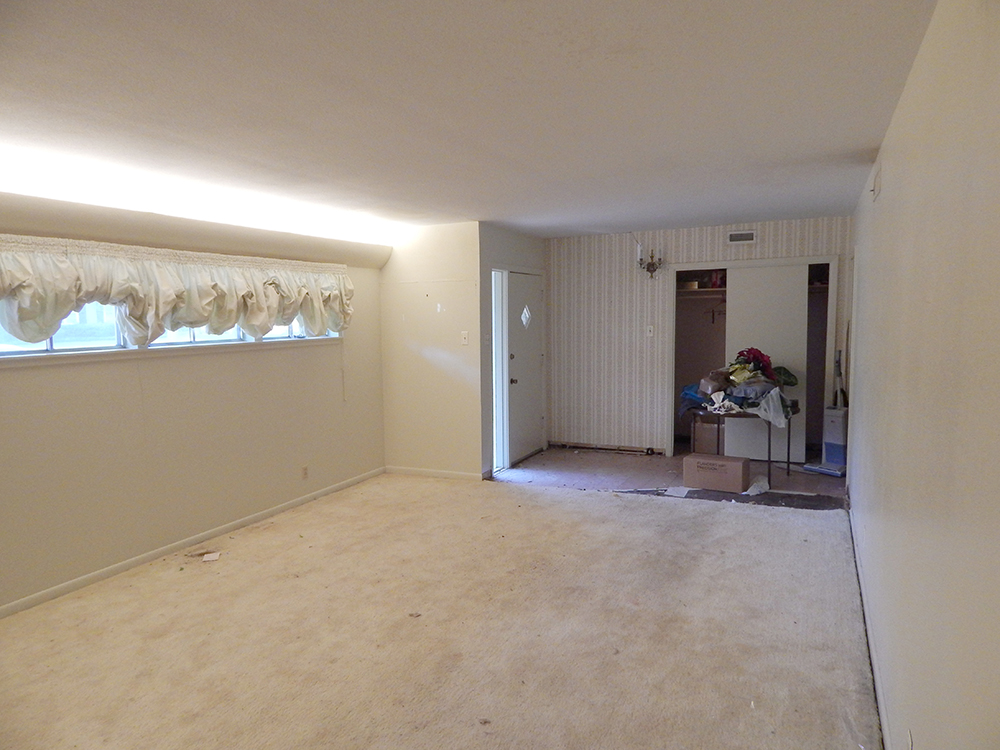 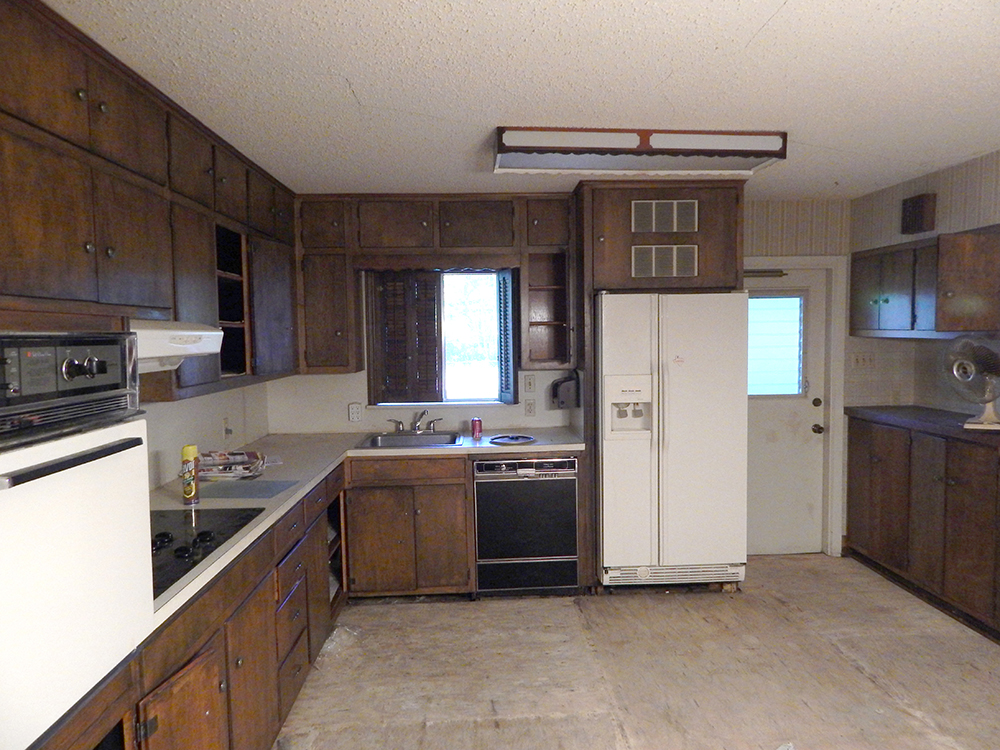 Before images from the home on Wiltshire.

As with any always together couple there have been things to work out. “We’re kinda like polar opposites in what we focus on,” Pizzini says. Price (33) is the acquisitions and real-estate guy, I’m told, while Pizzini (37) has parlayed his fascination with Mid-Century Modern into an eclectic design role that has been influenced by icons as diverse as Frank Lloyd Wright and Charles and Ray Eames. In addition, they have pulled into their orbit a 19-year old cousin of Price’s whom they helped through high school and now call their son. Accordingly, Dylan Hayslett functions more like an apprentice than an employee. “I get to see how all the trades operate, how the business runs,” he says.

For the record, the business runs very well indeed. SA Property Guys, as they call themselves, have five houses in various stages of completion in Terrell Hills, their current neighborhood focus. (“We’ve developed a good relationship with the building officials,” offers Pizzini–plus there’s a trove of ’50s-era properties in need of some pop-the-roof-off tough love.)

The staging is important, as the Property Guys’ wider family also includes several tradesmen who work almost exclusively for them. “We like to keep jobs staggered,” Pizzini says. “We have a crew doing demo on one project, another pouring slabs on a second, a third involved in framing and finish-out.” A tour of the properties in progress on Elizabeth, Canterbury, and Dover–including a vacant lot which will be a pioneering ground-up project–shows this scenario to be playing out perfectly. 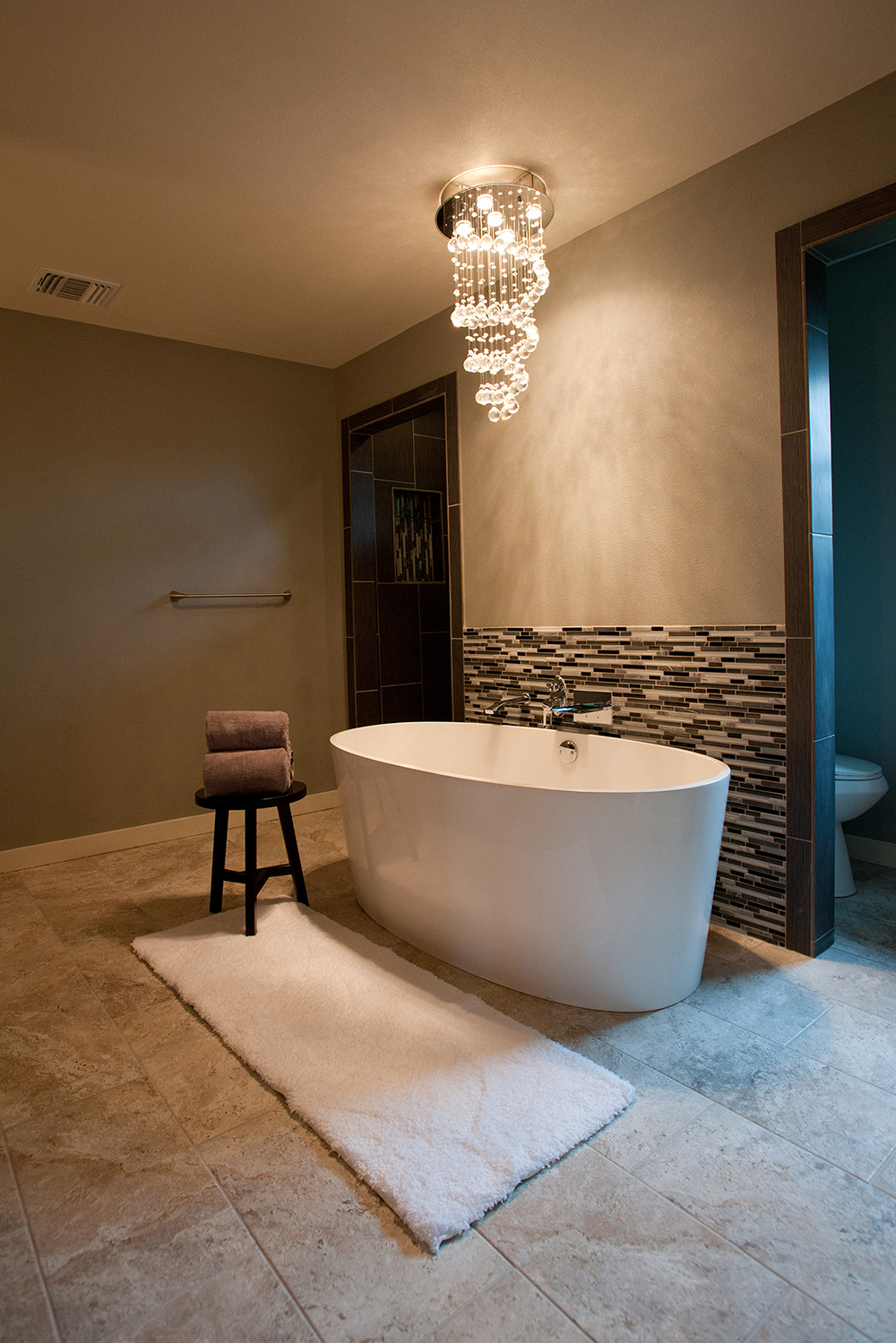 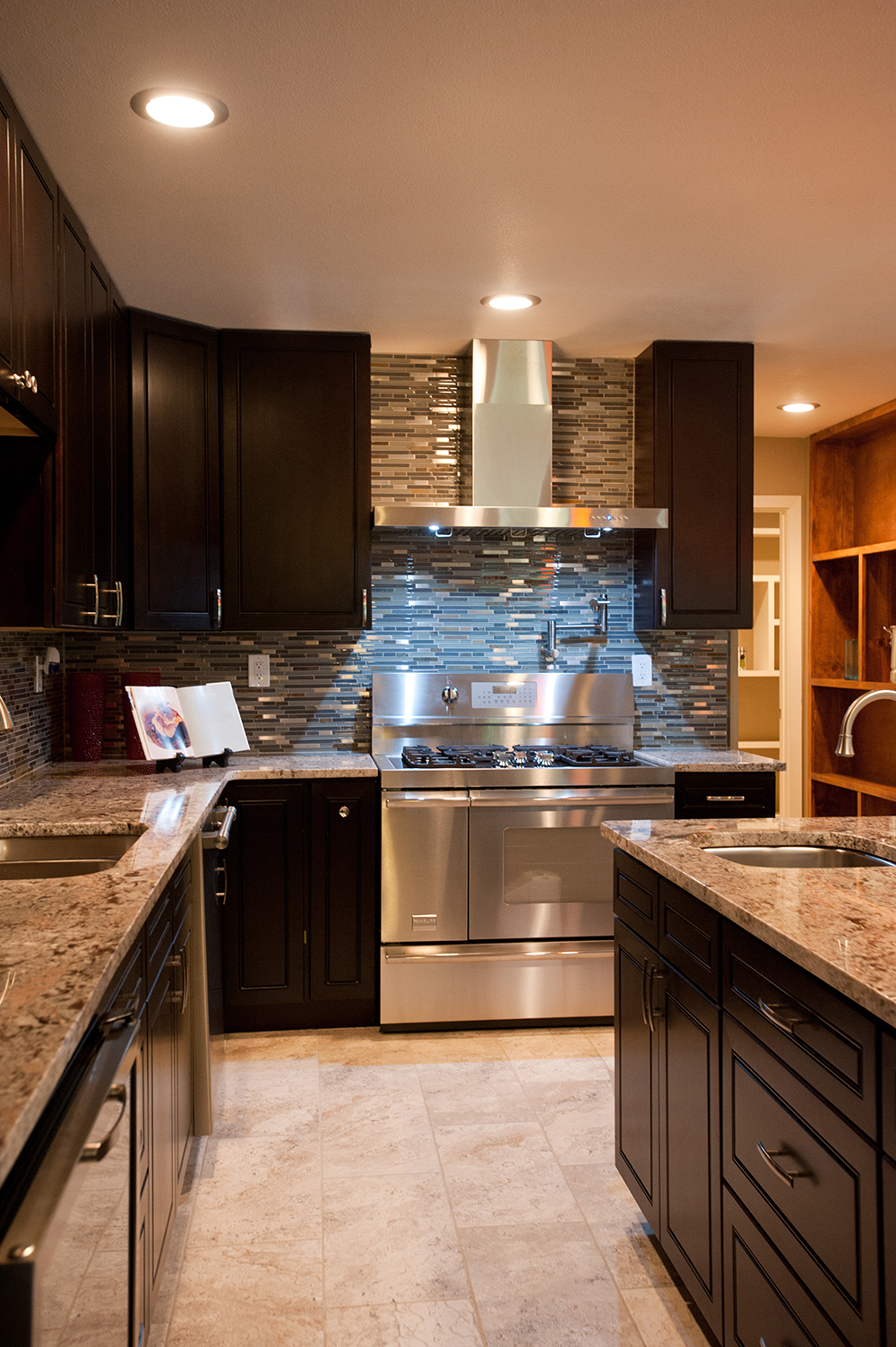 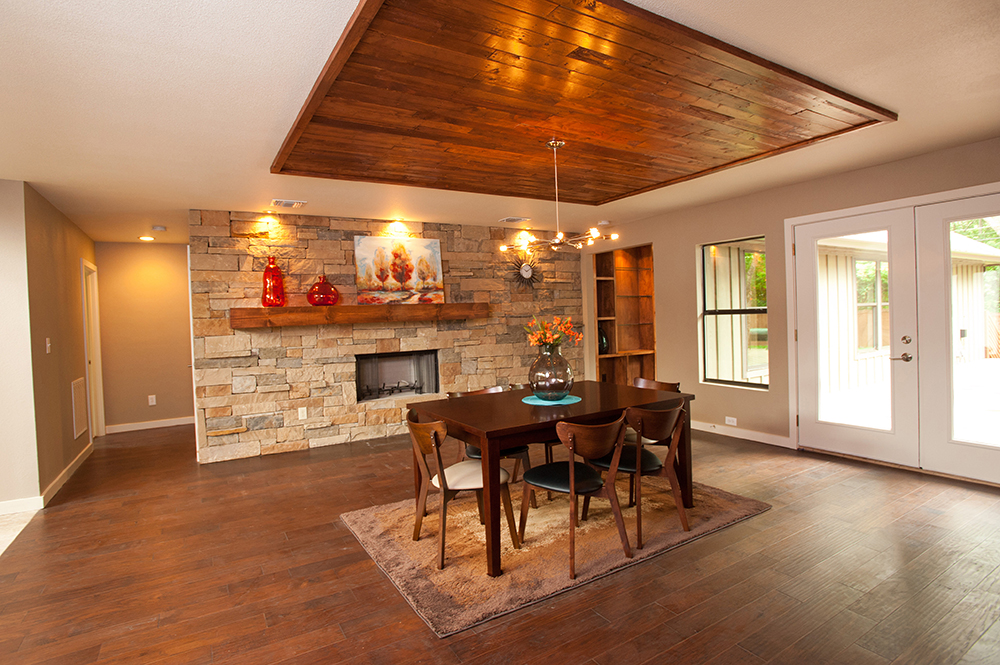 After photos from the remodel on Wiltshire.

There are some original parts hidden within Wiltshire, but for clues you’d have to look at the original blueprints (by famed local architect Leo M.J. Deilmann, responsible for the original Fairmount Hotel and the exquisite chapel at Our Lady of the Lake); they’re framed and hanging in the living room. SAPG’s signature, rustic stone walls, slick tile work and sophisticated, open kitchen otherwise dominate the picture in this massive redo that began with a single-story house at just under 2,000 square feet and now weighs in at just under 4,000, including additions to the back and a new second-story office/studio.

Along with the roof, the price has understandably gone up from the $265,000 they paid to the million bucks they have just listed the artfully staged property for. “Don’t jump on the master bed,” John says. “It’s just a box” under all those quilts and pillows. I try to restrain myself. But a little bed-jumping respite from 70-  to 80-hour weeks may be what the guys now need. “We haven’t taken a vacation since this all began,” Pizzini says.

“I kind of like the idea of Florida,” says Price.

The Anthill offers pro advice and price tags under $125

"Fashion is how you put it together." Anthony Ryan Auld has made a name for himself in the world of...