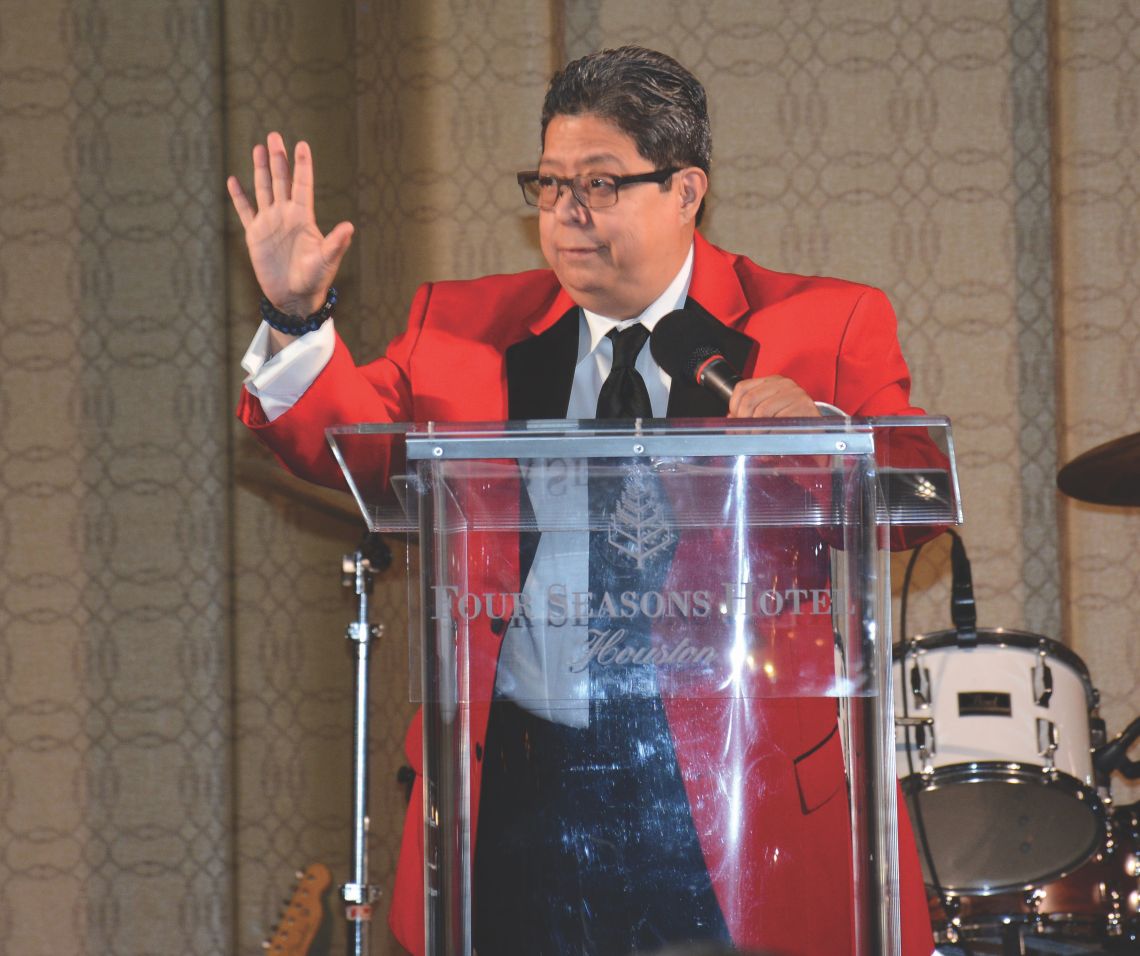 One week before Hurricane Harvey wreaked havoc on Southeast Texas, my wife Corrissa and I visited Galveston to celebrate our wedding anniversary. While there, we caught up with Cristina E. Martinez, an LBGT rights activist, entrepreneur and insurance agent with more than three decades of community service under her belt. Initially, we’d scheduled an interview to take place over a couple of days that would focus on the battles she overcame when establishing the San Antonio LGBT Chamber of Commerce exactly 10 years ago. Unfortunately, Harvey was creeping toward the coast and Martinez urged us to leave the area while we could — but made it clear that if we decided to stay, we would stay with her, and the offer was not negotiable.

Five days after the hurricane hit, Martinez was finally able to leave her home. “[My] subdivision did not flood,” she says. “But we are an island, everything around us flooded and we couldn’t go anywhere.” Martinez’s first mission was to make sure her insurance clients were okay, and that they knew which resources were available to help them get back on their feet. After visiting her clients, Martinez set out to aid the Organización Latina de Trans en Texas (OLTT) in their efforts to coordinate help for Houston’s trans community. “[OLTT is] a minority group that is often forgotten about during relief efforts,” Martinez explains.

Martinez’s voice cracks as she explains that some trans individuals “do not qualify to apply for FEMA and other benefits if they are here illegally — [but] they need clothing, food, and furniture as well.” She pauses to compose herself. “It is beyond me that your legal status does not allow you to receive funding to help you move forward with your family and recover from this disaster. It is hard for illegal immigrants who are heterosexual; imagine the difficulties faced by illegal immigrants who are transgender. I refuse to abandon them in their greatest time of need, so I am doing everything I can to help by donating my own money, and asking others to donate money as well as getting them clothing, toiletries, food, shoes, etc.” OLTT is dear to Martinez as it is one of the many organizations she’s helped get off the ground. In addition to a fascinating personal journey — she attended her first Pride parade in 1979 and was expelled from the University of St. Thomas that same year for writing a poem about lesbian relationships — Martinez boasts a resume that includes launching 11 nonprofit organizations and more than 40 programs, owning six businesses, volunteering with more than 20 LGBT organizations and sponsoring numerous scholarships and events for organizations and foundations (from Houston’s Lesbian Health Initiative to the National Leather Association).

Currently, outside of hurricane relief, Martinez is focused on the Better Future Foundation while she expands her insurance business. The founding chapter, Houston’s BFF partners with nonprofits that benefit the LGBT community and helps them achieve financial goals. Through annual fundraising galas, the BFF helps raise funds for the Gulf Coast Archive and Museum of Gay, Lesbian, Bisexual & Transgender History, a nonprofit organization dedicated to collecting, preserving and providing access to historical relics specific to the LGBT community in the Gulf Coast area of Texas.

Martinez believes that, “We, as a community, need to invest in the museum because it will offer continued education not only for future generations of LGBT youth, but our straight allies as well, because this generation, and all others after it, need to know about the struggles and hardships inflicted upon our community.”

Nikki Araguz Loyd, founding director of the Transgender National Alliance, is among the many individuals who count Martinez as a friend and inspiration. “Following the 2010 death of my husband, [Martinez] was the only person willing to hire me — the transgender widow of a fallen firefighter,” Loyd says. “Since then, she has both inspired and supported me by helping us create and file the documents allowing TNA to [become] a 501(c)3, furthering our mission to employ and empower our community through name- and gender-marker changes and surgical procedures … Cris not only leads by example, but lends the hand necessary to march alongside you … I am forever thankful for her support.”

Now 54, Martinez doesn’t plan on stopping anytime soon. When asked about retiring, she laughs and says, “I tried that once, but it’s not for me.”

A lot has changed in San Antonio in the seven years since Chuck Ramirez died. There are working artists, young...