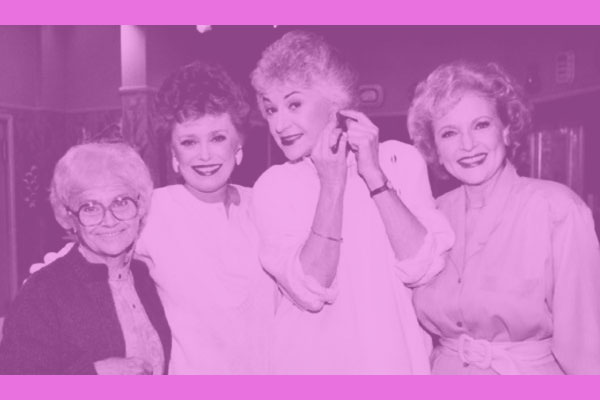 We all know that familiar tune: “Thank you for being a friend, Travel down the road and back again….”

This weekend Pink Leche hosts Blanched Out!, “a party celebrating the Golden Girl in all of us through art, music, and crafts.”

Before the era of Will and Grace, the Golden Girls — Blanche, Dorothy, Rose, and Sophia were already icons within gay culture, breaking conventions and starring as four geriatrics on primetime television during the 1980s and early 90s. Their boldness, loyalty to one another, and all out fierceness inspired every young boy watching the show with their grandmothers.

It’s no secret that many of the Golden Girls writers were gay, contributing much of its appeal to gay audiences (For instance, there was Marc Cherry who would go on to write for the equally fabulous Desperate Housewives). Then of course there was the shows emphasis on friendship, elevating our “chosen families” over our biological families — another factor that resonated with gay viewers.

Check out Pink Leches latest video “Strut” from the album House of Relaxation.

Make sure to wear your favorite Golden Girls themed attire for the photo booth and costume contest.

King Couple to Come Out at Corny Fundraiser