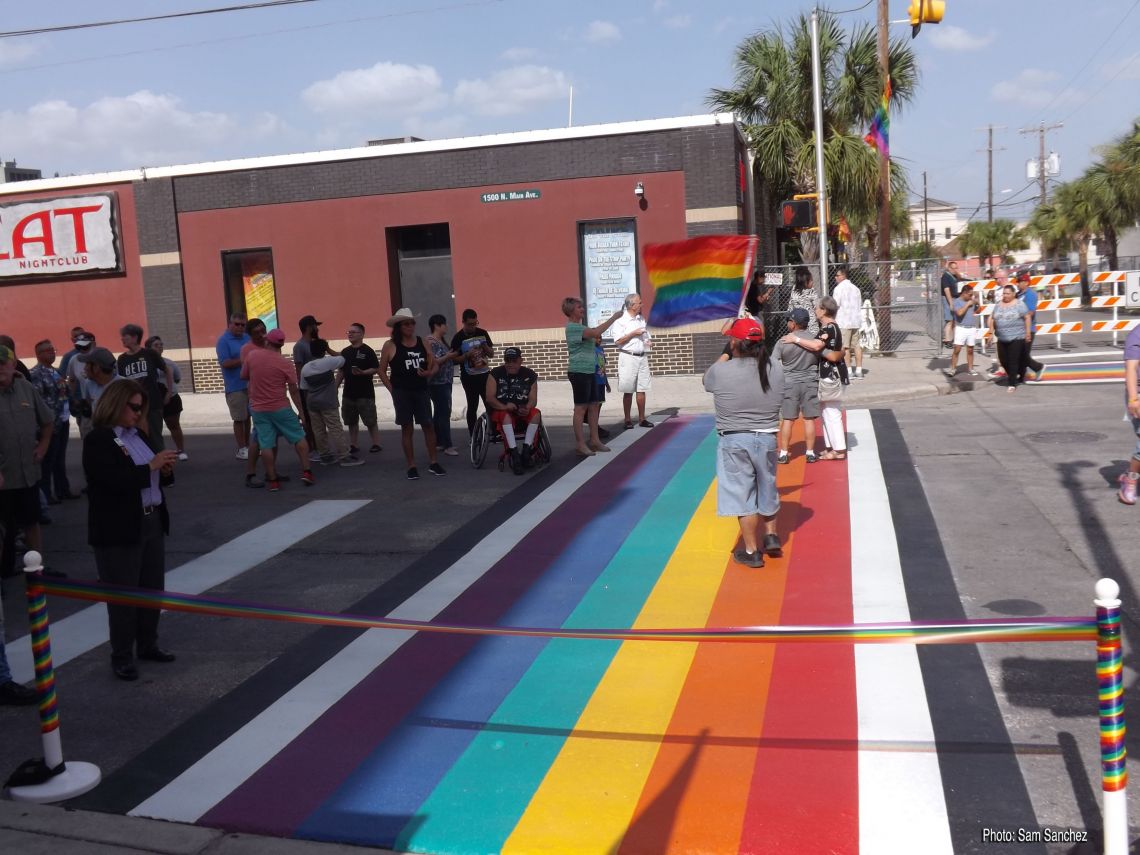 The City of San Antonio announced on June 20 that the City Council authorized the creation of a Community Crosswalk Program that will allow decorative elements at crosswalks across the city.

The rainbow crosswalk that was installed last year at the corner of Evergreen and North Main served as the inspiration for “artistic” crosswalks in other parts of the city. In that instance, Pride San Antonio, community activists and District 1 Councilman Roberto C. Treviño worked together to raise $19,832.24 to install the artistic crosswalk.

“The Pride Crosswalk has proven it is possible to include more artwork on streets throughout San Antonio that is safe and representative of the surrounding community,” Treviño said in a statement. “Artistic crosswalks can also help give residents and visitors a sense of place as they travel across this beautiful and diverse city.”

The Department of Transportation & Capital Improvements (TCI) has been working with City Council Transportation Committee since February to develop the final guidelines for the program.

According to TCI, which will oversee the program:

“The primary purpose of a crosswalk is to help and guide pedestrians along city streets,” said Art Reinhardt, interim deputy director for the city’s Transportation and Capital Improvements Department. “However, we look forward to the opportunity to engage residents through this creative use of infrastructure.”

Originally published in the San Antonio Current. Musical-theater icons Richard Rodgers and Oscar Hammerstein are either laughing or rolling in...