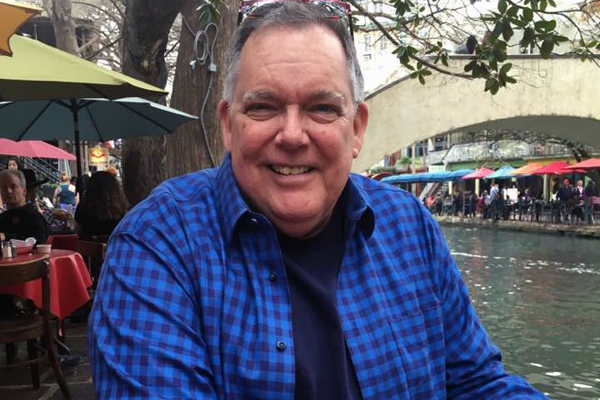 Ron Casola, founder and artistic director of the Live Oak Singers, an LGBT and allies chorus, died on February 21 after a battle with Alzheimer’s.

Casola moved to San Antonio from Phoenix in 2013 to be near his family after being diagnosed with Alzheimer’s. In an interview with Jade Esteban Estrada in the San Antonio Current, Casola made it clear at the time that this his illness was not going to be an impediment to living life to the fullest. “A lot of people think that we’re all crawled up in some corner in diapers at a nursing home,” he said. The Live Oak Singers, had their first concert, Twisted Family Holiday, in December 2014. The group’s programs have been a mix of pop, Broadway tunes and madrigal.

Casola had a Bachelor’s degree in Performance of Voice from  Illinois Wesleyan University. He studied conducting with several musical masters and went on to perform as a soloist with the Phoenix Symphony, the San Diego Opera and the Boston Pops. In 1990, he founded the Phoenix Metropolitan Men’s Chorale.

Casola retired from the Live Oak Singers after their concert last Christmas. The chorus continues performing under the leadership of artistic director Ray Norris.

Casola was open about his struggle with dementia. “Alzheimer’s is like when AIDS came out — people didn’t want to talk about it,” he told the San Antonio Express-News. “It’s still in that stage and with that comes a stigma. Being honest and open about this is making it easier for me to deal with; it disarms people and they don’t have preconceived notions.” He served as  a board member of the local Alzheimer’s Association chapter.

A tribute on the Pride Center San Antonio website extols Casola’s contribution to the community, “Ron was full of life and heart, always bringing a smile to other’s faces . . . With Ron’s help, through his involvement with the Alzheimer’s Association, The Center is in the planning stages of forming support systems, in partnership with the association, for San Antonio’s older adult community. We look forward to continuing Ron’s legacy through these programs.”

No details regarding memorial services have been announced as yet.

On Friday, February 24, photographer Juilan P. Ledezma will host his first art show in his new studio space at...