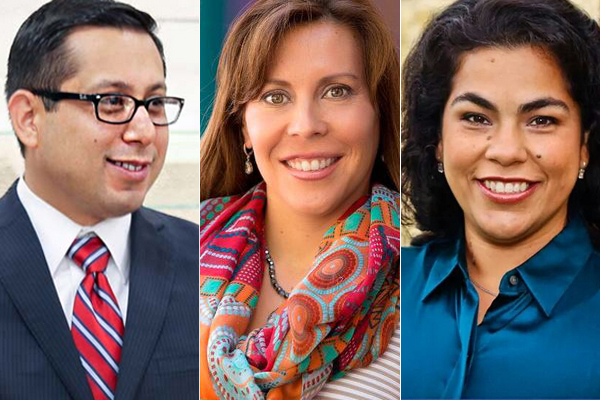 Updated on Jan. 7 at 10:00 a.m. to include a statement by District 1 City Councilman Roberto Treviño.

SB6 would require all public buildings to only offer bathrooms divided by biological sex, and allow for private businesses to decide for themselves whether they want to accommodate trans customers.

The bill would also prohibit local governments from requiring businesses seeking government contracts from having to meet local anti-discrimination guidelines.

The passage of SB6 could have significant financial implications for the City of San Antonio which relies heavily on income generated from tourism.

Following are statements issued by Bernal, Gonzales, Viagran and Treviño.

Senate Bill 6 singles out an innocent group of people as the subject of imaginary panic. It is yet another attempt to discriminate against the LGBTQ community and to erode local control. Claims that this bill is meant to “protect” become hollow when viewed alongside our state’s true failures to protect our children — our inability to keep children safe in the foster care system, for example, or our decades-long unwillingness to equitably fund our public schools.

As we’ve seen in North Carolina, Texas will suffer because of this bill. Our intolerance will make us radioactive to both the brightest young talent and emerging businesses. Here in San Antonio, the Non-Discrimination Ordinance has been in place since 2013 without incident. but now my district, the staging area for the Final Four, is poised to lose hundreds of millions of dollars because of SB6.

Our city’s economic competitiveness shouldn’t be the price we pay for political theater. I believe in equality and human dignity. I will oppose any effort to marginalize our neighbors. I implore my colleagues across the aisle, the City of San Antonio, and the San Antonio business community to sand with me against discrimination and against SB6.

District 5 City Councilwoman Shirley Gonzales
Yesterday Senate Bill 6 was unveiled, which is defined as a public safety measure protecting businesses and their patrons. Many who oppose the measure argue it will be bad for the economy of Texas, which is highly likely considering what we have seen with measures like HB2 in North Carolina.

My greatest concern is how the bill, if passed, will be detrimental to the lives of many people we consider family or friends. I do not support SB 6, and I would like the city of San Antonio to know you have an ally that will work to help protect all citizens.

District 3 City Councilwoman Rebecca Viagran
Though I’ve yet to thoroughly study proposed SB 6, we’ve seen what effect a similar bill can have in North Carolina. At a time when the country is as divided as ever, SB 6 will only breed division and hysteria at a time when we need to come together as one.

Make no mistake: a Bill such as this will only harm the economies and businesses of San Antonio and all of Texas.  It will tarnish the sense of friendliness of our state.  It will bring danger to Texas residents where none had existed before. District 1 City Councilman Roberto Treviño
In an effort to negate the steps San Antonio has made to be a city of equality and inclusivity, Lieutenant Governor Patrick and Senator Lois Kolkhorst filed Senate Bill 6 – the ‘Privacy Protection Act.’

SB 6 does not protect privacy – it is simply another attempt to regulate the private lives of LGBTQ citizens through fear-mongering. Claims that SB 6 would increase public safety are baseless, as there has not been an incident in Texas of a citizen abusing the non-discrimination ordinance to harass others in public restrooms.

Simple common decency dictates we respect others and treat them equally, not seek to punish them for who they are.

I stand with the LGBTQ community against all discrimination – whether it is from the community, the private sector or even elected officials.

I stand with elected officials and all people in Texas who want to safeguard our economic interests from the fallout the passage of SB 6 would bring.

Common sense would dictate that we learn from the mistakes made in North Carolina. San Antonio cannot afford to lose current and prospective employers and marquee events like the 2018 NCAA Final Four tournament. The negative economic impact SB 6 would bring about in San Antonio and throughout Texas is far too great.

Arte y Pasión Bring Back ‘Flower in the Crossroads’