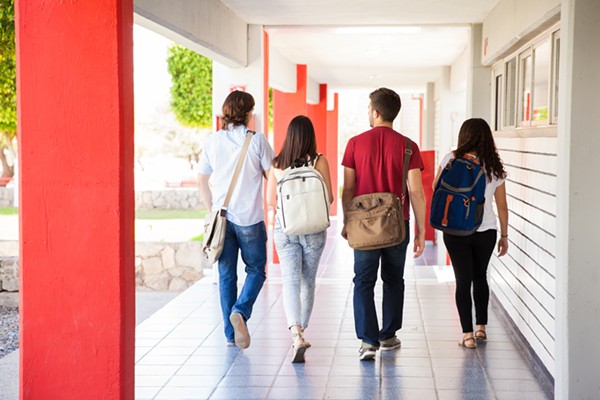 The San Antonio Independent School District board voted unanimously Monday evening to add new protections to the district’s non-discrimination ordinance. Now, students and employees will be protected from discrimination based on their sexual orientation, gender identity, and gender expression.

“SAISD has to advance with the times and lead Bexar County to protect the most vulnerable students and employees,” said Ruby Polanco, a senior at the district’s Young Women’s Leadership Academy who testified at the Monday meeting. Polanco led the charge to update the non-discrimination ordinance, and submitted a petition to the board carrying more than 300 signatures from those in support of the change.

“It’s a matter of protection and equal education for all,” she told the board.

Patti Radle, board president and former San Antonio City Council member, told the San Antonio Current that the SAISD board had been dealing with discrimination that fell into these new categories “quietly and privately” — until now.

“We try to deal with issues from the student’s perspective,” she said. “So it makes me proud that one of our own students brought this forward.”

SAISD joins school districts in Dallas, Fort Worth, Austin, El Paso and other cities in adopting sexual orientation and gender identity phrases into its non-discrimination rules. The adoption comes on the heels of the Texas Legislature’s failed attempt to pass a number of hotly-debated bills that would block public school kids from using a bathroom that matches their gender identity. Radle said that she hadn’t heard of any opposition to the ordinance.

“It’s certainly a welcome message for compassion from a entity targeted by discriminatory priorities from the state,” Mayor Ron Nirenberg told the Current Tuesday. Nirenberg, who played a lead role on city council in passing the city’s updated non-discrimination ordinance in 2013, said it comes as no surprise that this ordinance was introduced by a student.

“The younger generation gets it,” he said.

Robert Salcido, field organizer for Equality Texas, says the next step is getting all local school districts on board with this language. He hopes SAISD can become a anti-discrimination model for other districts to emulate.

“These six words will go a long way,” Polanco told the board Monday, referring to the added language. “LGBTQ rights are human rights.”

The Guadalupe Cultural Arts Center will present a pair of solo shows by artists Ana Fernandez and Ruth Buentello on...