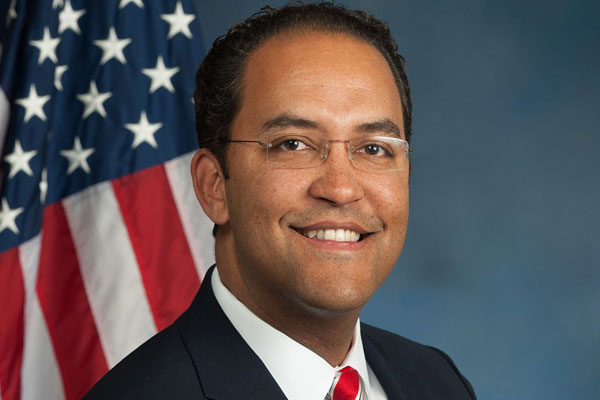 On May 17, the Democratic-led House of Representatives passed the Equality Act, legislation that would outlaw LGBTQ discrimination, in a vote of 236-173. Eight Republican representatives, including Rep. Will Hurd of San Antonio, voted in favor the measure.

The Equality Act would extend civil right protections to LGBTQ citizens by prohibiting discrimination based on sexual orientation and gender identity in employment, housing, loan applications, education, public accommodations and other areas.

Hurd has represented the Texas 23rd Congressional District since 2015. During that time, he has shown little interest in supporting the LGBTQ community. His 2018 score on the Human Rights Campaign Congressional Scorecard is 30, down from the 48 he received in the previous Congressional session.

However, in an interview with Newsweek after his Equality Act vote, Hurd said, “ [The] nation’s patchwork of protections for the LGBTQ community falls well short of ensuring life, liberty and the pursuit of happiness for millions of Americans.”

Hurd said the Equality Act had no chance of passing in the Senate unless provisions which “more explicitly protect religious freedom” are added to the bill.

The best explanation for Hurd’s sudden conversion to pro-LGBTQ legislation is that he represents a highly-competitive Congressional district where, in the 2018 election, he squeaked through a victory against out candidate Gina Ortiz Jones by a margin of less than 1000 votes.

Ortiz Jones announced on May 14 that she will once again run against Hurd in the 2020 election.

The Equality Act now goes to the Republican-controlled Senate where it is expected to languish. Even if it were to pass, President Donald Trump has promised to veto the legislation.

Matthew Teter: On the Life-Saving Importance of Trans Visibility

Originally published in Profiles in Pride. Like many queer people, Matthew Teter has had several different coming outs. Teter was...