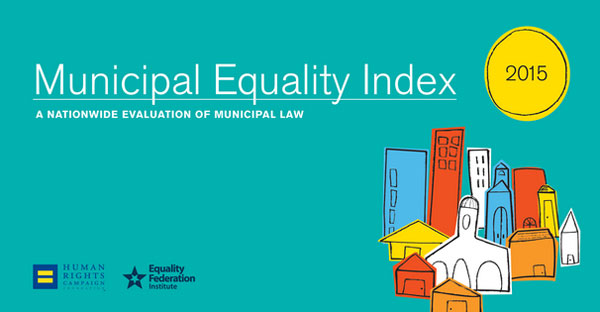 Now in it’s fourth year, the MEI scores cities on their nondiscrimination laws, their recognition of LGBT relationships, their LGBT policies, the services they offer to LGBT citizens, the police department’s relationship with LGBTs and the “city leadership’s commitment to fully include the LGBT community and to advocate for full equality.”

San Antonio ranked fourth among the state’s largest cities with Austin and Dallas both scoring 100, Fort Worth 99, El Paso 51 and Houston 48.

San Antonio’s improved ranking is no doubt due in part to the appointment of Marsha Warren as the mayor’s LGBT liaison and Robert Salcido and Ruby Krebs as members of the mayor’s LGBT advisory committee.

Points were also earned when in May the City Manager’s office established the Diversity and Inclusion Office, which according to a city press release “cultivate[s] an environment of respect and inclusiveness among the diverse populations of San Antonio as a means to advance the growth, stability and strength of the community.”

“Ensuring a vibrant and diverse community and maximizing our residents’ well-being are City-wide goals,” City Manager Sheryl Sculley said in a statement. “The City of San Antonio recognizes that these goals call for the inclusion of the LGBT population. The 2015 MEI score achievement allows us to celebrate how far we have come, and learn best practices from the highest-scoring municipalities across the country.”