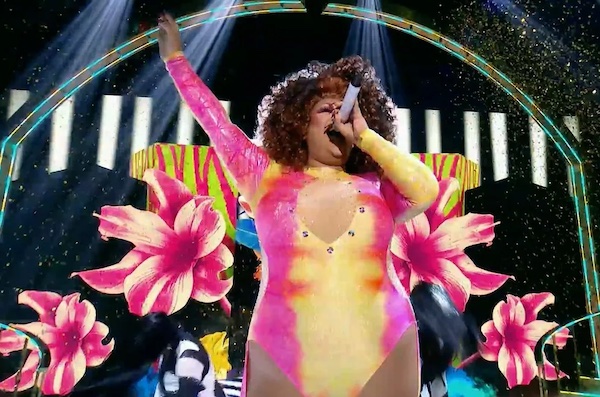 San Antonio’s Ada Vox has belted her way into the finals for Queen of the Universe, the new Paramount+ singing competition show for drag performers.

Vox’s powerful performance of Lizzo’s “Cuz I Love You” earned her a spot on the season finale of the RuPaul-produced show, where she’ll compete against Aria B. Cassadine of Atlanta and Grag Queen of Canela, Brazil.

Vox broke big after a surprising 2018 run on American Idol, and she won accolades from Queen’s judges for her vocal take on the Lizzo tune. However, she landed in the bottom three based on her stage attire, narrowly edging out two other contestants for her slot in the finale.

The show’s judging panel — singers Vanessa Williams and Leona Lewis along with drag performers Michelle Visage and Trixie Mattel — has repeatedly praised the San Antonian for her vocal prowess but urged her to up her game when it comes to makeup and attire.

Queen of the Universe‘s season finale will stream Thursday, December 30.

“Left out of the conversation”: Transgender Texans feel the impact of state’s restrictive abortion law

While Texas’ controversial abortion law strictly refers to women in its phrasing, it also limits access to the procedure for...