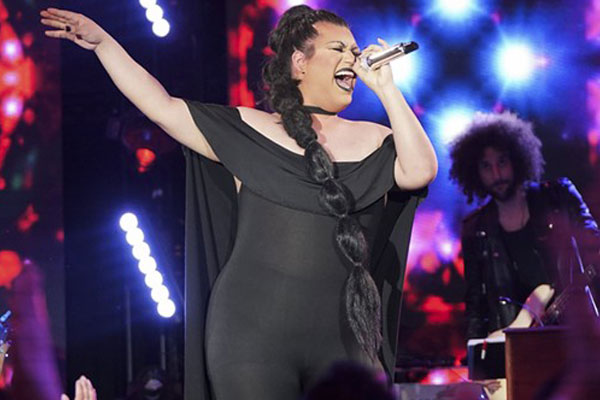 Now, maybe we’re just projecting this because Ada Vox is from San Antonio, but after seeing this singing drag queen slay last night on American Idol for the top 24 solos portion of the competition, we’re pretty sure she’s going to win this whole damn thing and become the next American Idol.

Quick recap: Known out of drag as Adam Sanders, Ada Vox (whom we recently interviewed), auditioned for American Idol, got on the show, and made it through the grueling rounds of performances during the notoriously intense Hollywood Week.

A few weeks ago, the singer, along with the other contestants in the top 50, performed at a nightclub in downtown LA in front of a live audience, where she destroyed her cover of Radiohead’s “Creep” and left us completely gagged.

On Sunday, April 15, Vox sang an incredibly powerful rendition of “Feeling Good” by Nina Simone, which brought judge Katy Perry to her knees.

Lionel Richie gave his critique: “You know, I watch you, and from the first time we saw you, we didn’t actually know how this would fit into this thing, but your talent is so grand it begs to be put a new category in this equation, because you are a force to be reckoned with, my dear, and I want you to know that.”

On April 16, Ada Vox will perform “Defying Gravity” by Idina Menzel with former Glee actress and singer Lea Michele as part of the top 24 duets. After the second half of the top 24 perform their duets (the first half was aired last week) the judges will cut five more contestants, and the remaining performers will sing for America’s vote next week.

By Ross Ramsey, The Texas Tribune Texas Republican leaders have decided once again not to allow the party’s biggest LGBT...