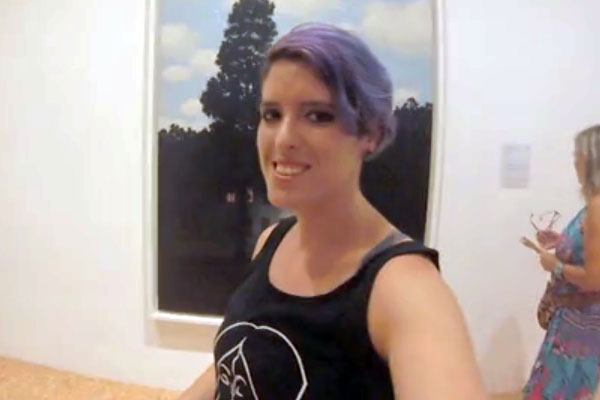 A lesbian elementary school teacher in Arlington, Texas has had her contract renewed for another year despite the fact she has been on paid suspension since last September after a parent complained the teacher had mentioned her same sex spouse to the students in her class.

Stacy Bailey has been an art teacher at Charlotte Anderson Elementary School in Arlington, Texas, for the past 10 years and has twice been named Teacher of the Year. The renewal of her contract came during Mansfield Independent School District‘s board meeting on April 24.

Even though her contract was renewed, Bailey’s case must still be resolved before she can return to the classroom according to a district spokesperson who said the investigation was nearing an end.

When Bailey was first put on administrative leave last fall, she thought it was because she sought to open a discussion about adding LGBT protections to the school district’s nondiscrimination policy.

However, in a series of text messages obtained by the Ft. Worth Star Telegram, the school’s principal, Sheria Pettey, revealed a parent complained Bailey had mentioned her sexual orientation and her spouse to students. That complaint led to Bailey’s suspension.

“The District’s concern is that Ms. Bailey insists that it is her right and that it is age appropriate for her to have ongoing discussion with elementary-aged students about her own sexual orientation, the sexual orientation of artists, and their relationships with other gay artists,” the district said in a statement at the time, adding Bailey “refused to follow administration’s directions regarding age-appropriate conversations with students.”

Julie Vazquez, wife of Stacy Bailey, speaks at the Mansfield ISD board meeting. (Via Twitter)

Bailey’s suspension was the topic of discussion by scores of parents who came to the school board meeting to express their support or objections for nearly two hours. Among those who spoke was Bailey’s wife, Julie Vazquez.

“The last 282 days in our home have been wrought with disbelief, fear, confusion and a deep sadness,” Vazquez said. “She hopes that her students know that she has not abandoned them and that all she wants is to be back at Charlotte Anderson teaching them again.”

Some of the parents at the school board meeting said they supported adding LGBT protections to the district’s policy, which currently reads: “The District prohibits discrimination, including harassment, against any employee on the basis of race, color, religion, gender, national origin, disability, or any other basis prohibited by law.”

School board President Raul Gonzalez responded in a statement saying, “Any review of MISD’s anti-discrimination policy would be handled through the normal processes of our policy review committee. Committee assignments will be made when our new board is in place after the May (5) election. Any recommendations from the policy review committee will be discussed in regularly scheduled board meetings.”

In past statements, MISD officials have said that even though the district’s nondiscrimination policy contains no language specifying LGBT protections, it “covers all employees, including the LGBT community.”

Originally published in the San Antonio Current. We’ve got some pretty mixed feelings over here, y’all. America voted. Unfortunately, they...