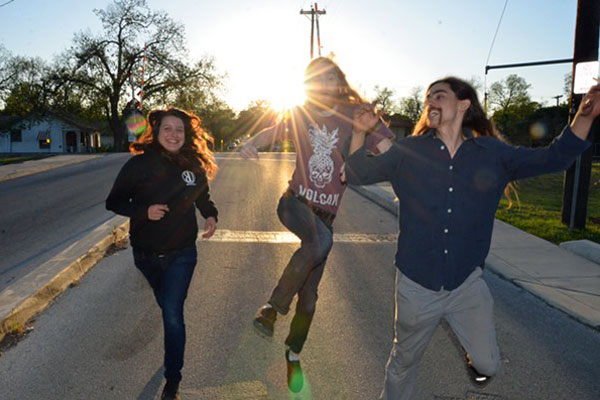 Just because an artist is gay, does that make their art gay? Not necessarily, but the acknowledgement of LGBTQ folk in art spaces is important for our LGBTQ community. As a rapper who happens to be gay, some of my songs discuss the LGBTQ experience and some don’t, but being acknowledged as a queer person in this genre helps destroy the stigmas surrounding our community.

Queer folk exist in a variety of spaces. We are a community not bound to any one artistic medium, religion, language or dialect. Our art may share certain themes, but we are all still individuals with unique expressions and perspectives on life.

In the month of Pride, we want to celebrate those perspectives by highlighting a few artists and bands who have members that identify as LGBTQ.

Verismilitude
Gracing the cover of the San Antonio Current just a few weeks ago, Verisimilitude have been making a name for themselves with the 12 years they’ve been slaying stages in San Antonio. And for all three of the members still being in their early 20’s, that’s saying a lot. Drummer Feliza Salazar, an identifying member of the LGBTQ community, is arguably one of the most technical drummers in scene, punctuating the group’s music with weird time signatures and grooves that land perfectly in the pocket. 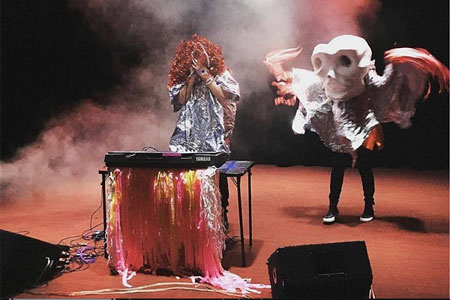 Eric Cavazos is no stranger to the music scene here in the Alamo City. Gaining traction in SA after gracing the stage at Maverick Music Festival in 2015, Cavazos douses audiences in waves of bass-heavy indie dance tracks he’s dubbed “queer bass.” Always decked out in some elaborate, free flowing, neon reflective costume, Pink Leche shows are as visual an experience as they are an audible one. 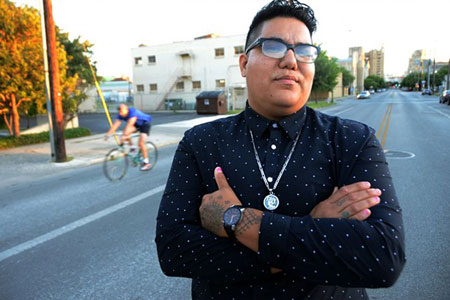 What can we say about this crooning, beat-looping, songstress from the Southside? She’s a badass bish with badass beats with a voice that commands the attention of whatever venue she’s performing in. From receiving standing ovations with the Youth Orchestra of San Antonio, to slaying audiences at Maverick Music Festival, Alonzo has continued to build a following in San Antonio. 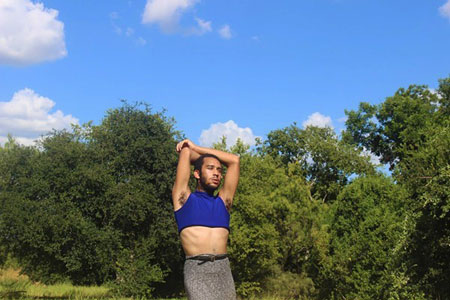 Photographer, choreographer, podcast host, performer and queer icon in San Antonio, no boundaries can impede Wayne Holtz’s creative reach. For the last two years, Holtz has managed to become one of the most recognized acts in the DIY scene in San Antonio, pulling audiences into his sexually-charged art-pop performances. Holtz puts on a show, and you will leave forever changed from one of them. 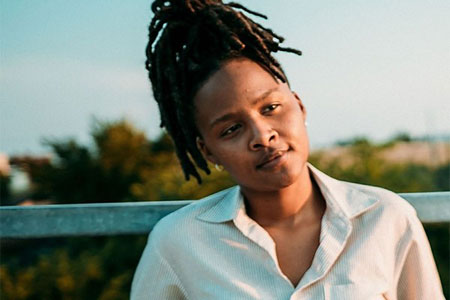 2017 was the year of AMEA for sure. Enchanting crowds with her laid back neo soul croons, Ayanna Moriah-Eliza Allen has been a refreshing R&B addition to the Alamo City’s DIY-indie rock-heavy scene. Releasing her first EP in 2016, AMEA exudes this perpetual chill and humble vibe, which only pulls audiences closer into her energy. If your soul needs cleansing, get to an AMEA show stat. 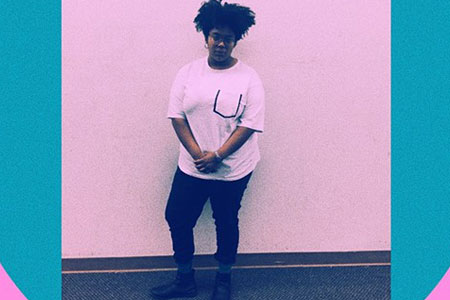 One the many dope aspects of writing about music for a living is discovering the new up and coming artists that force you to stop and say “oh wait, hold oh, oh wow.” This is exactly what happened when I was turned on to Natalia Glenn a poet, rapper, producer and R&B singer that is easily becoming my favorite new San Antonio artist. 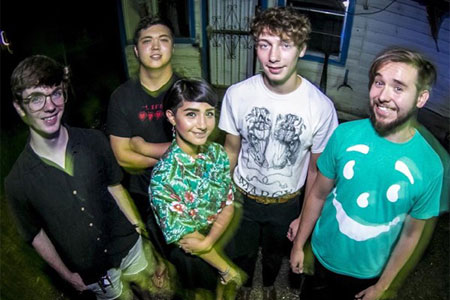 Combining indie rock, alt-rock, and singer-songwriter elements, 16 Psyche, who have a few members who identify as LGBTQ, sort of sounds like a combination of Circa Survive and Ani Difranco. And while that may sound confusing, the result is pretty cohesive.