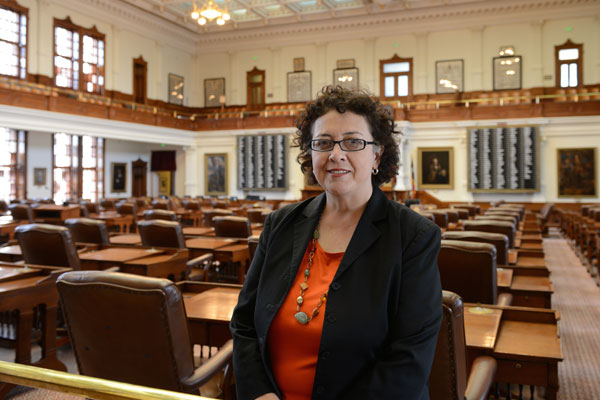 State Rep. Celia Israel (D-Austin) of Texas House District 50 has filed a bill banning conversion therapy for consideration during the next session of the Texas Legislature which begins in January.

Conversation therapy, also known as reparative therapy, is psychotherapy aimed at changing a person’s homosexuality, based on the view that homosexuality is a mental disorder.

Israel’s bill, HB 517, will penalize “unprofessional conduct by mental health providers who attempt to change the sexual orientation of a child.”

“I filed HB 517 to protect LGBTQ youth who need love and support, not conversion,” Israel said in a post on her Facebook page. “Bans on ‘conversion therapy’ are bipartisan and have been upheld in federal court.”

Additionally, 47 cities ban the practice within their jurisdictions. Some of those include: Miami Beach, Seattle, Pittsburgh, Tampa, Palm Beach, Milwaukee, New York City, and Albany.

The Texas Republican Party endorsed conversion therapy in their official platform which was ratified at their convention in San Antonio last June. “No laws or executive orders shall be imposed to limit or restrict access to sexual orientation counseling for self-motivated youth and adults,” the platform states.

“Fourteen states and Washington, D.C. have laws or regulations effectively banning so-called conversion therapy for minors, and several others have pending legislation that would do the same,” Nick Morrow, a spokesperson for the Human Rights Campaign, said at the time. “Meanwhile, Republican leaders in Texas continue to needlessly and cruelly attack their LGBTQ residents, contrary to the will of their own constituents.”

Israel filed similar bills during the last two legislative sessions but neither got much play. However, she told the Texas Tribune that even if such measures fail, there is much good to be had by discussing the subject.

As a lesbian, Israel says some people don’t recognize how hurtful conversion therapy is. “To suggest that some young kid that happens to be gay is less than normal is very hurtful and harmful and dangerous, and I think I put myself back in those years when I was first discovering who I was. …,” she told the Texas Observer in 2015. “I felt strongly about introducing a bill that was a counter to that, to say, ‘We don’t need fixing. We just need your love.’”