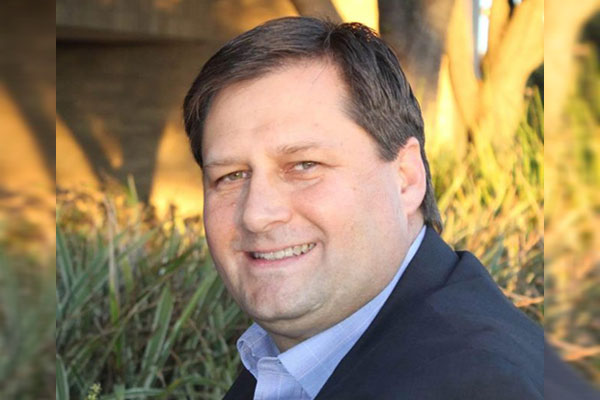 In a May 18 press release, the Stonewall Democrats of San Antonio”strongly urged” voters not to cast ballots in the June 5 runoff election for District 9 candidate Patrick Von Dohlen citing his “extensive history of inciting anti-LGBTQIA hate.”

In the District 9 runoff, Von Dohlen is facing off against incumbent John Courage who received 47 percent of the vote in the general election. Von Dohlen also ran for the District 9 seat in 2017 and 2019 but did not make it into the runoffs.

Von Dohlen is a partner at the Von Dohlen Knuffke Financial Group located at is located at 45 NE Loop 410. He is president of the anti-LGBTQ San Antonio Family Association (SAFA) which he helped establish in 2013 as a coalition of right wing groups united to oppose the nondiscrimination ordinance passed by the City Council.

Some other examples of Von Dohlen’s anti-LGBTQ actions include:

• On August 9, 2017, Von Dohlen was one of the 33 Texas businessmen to sign a letter, circulated by the anti-LGBTQ group Texas Values, in support of the then-proposed Texas bathroom bill, which would have limited the use of public restrooms by transgender citizens. The letter stated: “We, the undersigned support legislative efforts to protect the privacy, safety and dignity of Texans in bathrooms, locker rooms, and other intimate facilities in all government buildings, including public schools.” The bill was never passed.

• On December 11, 2018, Leaders of Von Dohlen’s SAFA sent out a letter urging members to oppose the appointment Ruby Resendez, a lesbian business woman and former president of the San Antonio LGBT Chamber of Commerce, to the Mayor’s Commission on the Status of Women.

In an essay posted later that month on the SAFA’s website Von Dohlen wrote, “I believe the City of San Antonio shouldn’t be a vehicle for politically correct social engineering . . . It is not the job of elected city officials to implement their social agenda on our residents and artificially divide our population. Cities that are, quite literally, on the verge of destruction, like San Francisco, should serve as a wake-up call to all of us, a warning that gender and sexuality issues should not be the focus of our time.”

• On June 10, 2019, members of the SAFA, led an unsuccessful protest to block the Bexar County Commissioners Court’s proclamation recognizing Pride San Antonio’s Pride Bigger Than Texas parade and festival. In an action alert on the day before the proclamation Von Dohlen and SAFA founder Michael R. Knuffke wrote: “Bexar County Commissioners plan to condone & promote homosexuality as healthy & good as the Commissioners Court honors the ‘LGBTQ+’ community with a proclamation that states, essentially, that ‘We the people’ approve of its unhealthy and unnatural lifestyles.”

During public comments before the commissioner’s vote, SAFA members (including Von Dohlen and Knuffke) argued homosexuality is an evil abomination, that marriage is between one man and one woman, and that LGBTQ people spread disease.

Early voting for the runoff election is scheduled  for May 24 through May 29, and on June 1. The election is June 5. Use this link for complete election information.

Days after the House failed to pass a ban against gender confirmation medical care, the Senate pushed its own attempt...