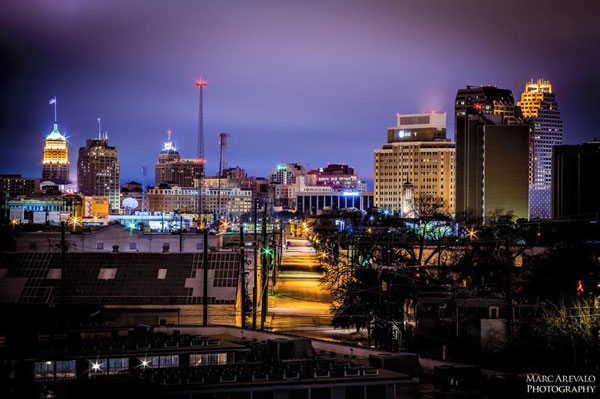 A study by Gallup shows that the LGBT population of greater San Antonio is equal to 4 percent of the total. (Photo by Marc Arevalo Photography)

A new Gallup study released on March 20 shows that the LGBT population of greater San Antonio is 4 percent. That number falls somewhere in the middle with San Francisco coming in the highest at 6.2 percent and Birmingham, Alabama the lowest at 2.6 percent.

Census Bureau data for 2010 shows that the San Antonio-New Braunfels metropolitan statistical area has a total population of 2.14 million. Using the new Gallup percentage, that would mean metro San Antonio has an LGBT population of 85,600.

The percentage for other Texas metropolitan areas showed Austin with 5.3 percent; Dallas with 3.8 percent; and Houston with 3.3 percent.

Portland ranked second (5.4 percent) in the nation followed by Austin which ranked third.

According to Gallup, the findings are based on responses to the question, “Do you personally, identify as lesbian, gay, bisexual or transgender?” Telephone interviews were conducted from June 2012 through December 2014.

In a posting on their website, Gallup explains the rankings may reflect where LGBT people are most comfortable living openly:

These rankings at least partly may be an indication of where LGBT adults choose to live. But a survey conducted in 2013 showed that only 12% of LGBT adults considered the levels of LGBT social acceptance in a city as a major factor in their decisions about where to live. These rankings could also reflect differences across metro areas in the willingness of residents to identify as LGBT to interviewers. LGBT people who live in MSAs where they experience greater levels of social acceptance and often the legal protections that come with that may be more likely to identify themselves as such compared with LGBT adults living in areas in which there is less acceptance of people of differing sexual orientations. While San Francisco may be one of the most desirable areas in the country for LGBT people to live, it also may be an area where residents feel more comfortable in identifying themselves as LGBT.

In 2013, the Williams Institute ranked San Antonio fifth in the nation for same sex couples raising children in cities with populations of over 1 million. In 2005 and 2011, San Antonio ranked first within this demographic.

Special thanks to Marc Arevalo for the use of his photo. You can see more of his work at MarcArevalo.com.