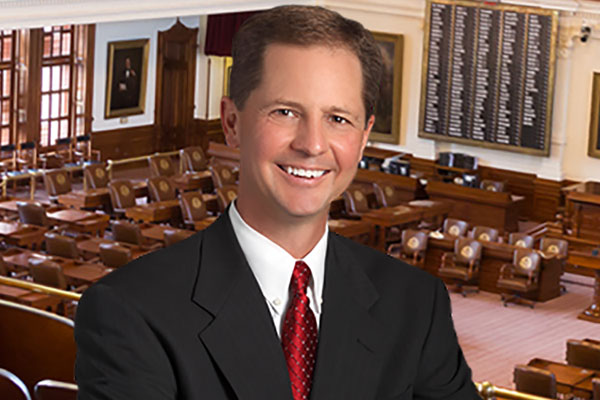 A state representative from McKinney, Texas says that transgender children are mentally ill and letting them express their gender identities is tantamount to child abuse.

The remarks were made by state Rep. Scott Sanford during a panel discussion on bathroom privacy legislation which was produced by CBS DFW (KTVT-TV) and streamed on Facebook Live on July 11. The other members of the panel were: Dallas businessman Vince Puente; Leslie McMurray, a trans woman and member of the Dallas Mayor’s LGBT Task Force; Allison, a local mom; state Rep. Nicole Collier of Ft. Worth; and Phillip Jones of Visit Dallas.

The panel discussion came on the heels of two anti-trans bathroom bills submitted on July 10 by state Rep. Ron Simmons (R-Carrollton) ahead of the State Legislature’s Special Legislative Session which begins on Tuesday, July 18.

During the discussion, Sanford said the reason so many trans kids attempt suicide is not because of discrimination, it’s because they are mentally ill. He added that letting them explore their gender identities is a “travesty” that results in high suicide rates.

“So now, to lead a kid—a child—down the road of exploring an identity other than their biology. If you just simply lead them down that path, I believe that’s child abuse, because you’re leading them toward a 40 percent chance of taking their own lives,” Sanford said.

In an exchange between Sanford and McMurray, Sanford commented, “Let me ask you this. Are you comfortable with your grandchild is being alone in the restroom as a girl then a big, hairy, burly guy walking in because he identifies himself as a woman that day?”

“It doesn’t happen that way,” McMurray replied. “That’s an insult to every transgender person because we don’t just decide one day, this takes years.”

“[This is] the reality we’re facing when lawmakers return to Austin on Tuesday,” Equality Texas CEO Chuck Smith wrote in an email to supporters. “Anti-LGBTQ extremists like Rep. Sanford don’t care how much they have to lie while they spend each and every day scaring their colleagues into supporting these horrible bathroom bills.”

On July 10, Texas Governor Greg Abbott issued a proclamation calling members of the State Legislature to a Special Legislative...