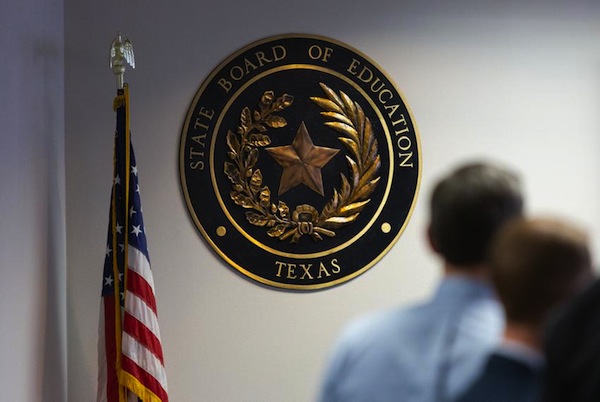 More than 200 signed up to speak as the Texas State Board of Education began taking public testimony Monday on its first rewrite of sexual education policies since 1997.

At a marathon virtual hearing Monday, dozens of Texans implored the State Board of Education to dramatically update the minimum statewide standards for what Texas public school students are taught about sex and health, policies which have not been revised since 1997.

The 15-member board is considering requiring that middle schoolers learn about contraceptives, sexually transmitted infections and the importance of consent. At the board’s first public hearing on the proposals, many current and former Texas public school students recalled their own experiences with sexual education teachers who emphasized shame instead of accuracy.

“I’m a parent of a nonbinary child, who fears trusting their child to schools that neither value nor protect them,” said Maya Pilgrim, who works for the Texas Association Against Sexual Assault, referring to her child who does not identify as a girl or boy. “Gender identity and sexual orientation must be a part of the curriculum.”

A smaller number of speakers showed up in favor of abstinence-only education, also known as “sexual risk avoidance,” which promotes teaching students to avoid sex until marriage, not how to have safer sex.

“Parents should be educated and have these conversations with their children at home, but it should be at their own pace and their child’s pace, and not forced on them by a mandate in their public schools,” said Monica Cline, founder of It Takes a Family, which promotes abstinence-only education.

By about 3 p.m., the board had heard from only around 40 of the more than 200 people who registered to speak. Board members asked questions of a few, and they plan to discuss the proposed revisions after the public hearing Monday or Tuesday. The board is expected to take a final vote on the revisions in November.

Texas does not mandate that school districts teach sexual education, and high school students do not have to take health education to meet state graduation requirements. Schools that do offer sex education must stress abstinence as the preferred choice for unmarried young people and spend more time teaching it than any other behavior. Parents can opt their children out of any lesson that makes them uncomfortable.

Elementary and middle schools must offer health education for students in kindergarten through eighth grade.

Advocates of abstinence-plus education told board members that teaching students comprehensive sex education would reduce teen pregnancies, infections and sexual violence among students. They argued that students should receive medically accurate information to help them have sex safely, or help them refuse to do it at all.

Federal data from 2017 shows that 39% of Texas high school students report having had sex, but less than half used condoms and a small percentage used birth control pills. Texas has one of the highest rates of teen births in the country.

Christopher Hamilton, CEO of sexual health provider Texas Health Action, recalled one sexually active young man who asked an outreach coordinator whether taking his sister’s birth control pills would prevent him from getting his girlfriend pregnant. “This is education that our patients have not consistently or accurately received as students,” he said.

Cline, who advocates for abstinence-only education after spending years as a comprehensive sexual educator, said that adding information about contraceptives and safer sex into middle school health standards would pressure students to have sex.

“I’m thinking about all the children forced to be put through comprehensive sex ed when they don’t need to be receiving it,” she said. “If the health [standards] are revised so that comprehensive sex education is a part of that … then you’re violating the rights of lots of other families in Texas.”

Marisa Pérez-Diaz, a San Antonio Democrat on the board, pushed back on that, pointing out that more than 100,000 Texas public school students are homeless, including many in foster care, and don’t have families to provide them with sex education. And without any information on LGBTQ sexual health, sexual orientation or gender identity, LGBTQ foster children also will lack that information, she said.

“It’s providing fact-based information, so that if the students make that choice, they’re actually making factual, well-informed decisions as opposed to going to their 13-year-old peer who doesn’t know anything,” she said.

The long list of testifiers included a few students, such as Addison McKenna, who will start ninth grade at an Austin high school this fall. Addison joined the chorus of those wanting more classroom conversations about healthy relationships and safer sex for LGBTQ students.

“I always felt like there wasn’t enough learning happening for gay students in our community,” Addison said, when asked the reason for choosing to testify. “I care a lot about what happens in the world.”

Orgullo Responds to the Needs of Our Community: LULAC Covid-19 Relief Campaign