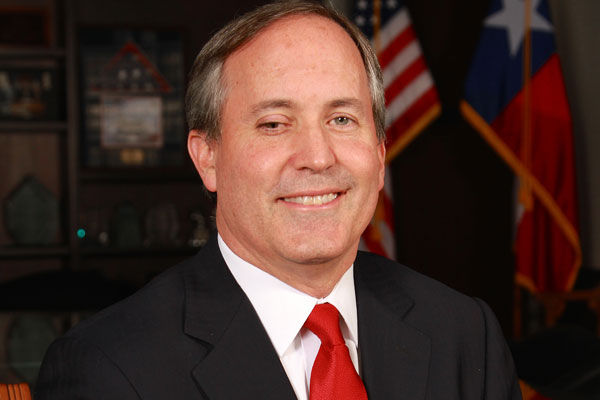 On May 12, Texas Attorney General Ken Paxton wrote a letter of warning to the mayors and county judges of the Austin, Dallas, and San Antonio metropolitan areas saying that local officials could not impose stricter Covid-19 restrictions than those mandated by Governor Greg Abbott.

However, in a letter to the City of Austin and Travis County, Paxton included a provision supplanting a local policy that forbids employment discrimination against LGBTQ people.

Paxton presented a list of local restrictions on essential business and houses of worship that he says exceed the “city and county’s lawful authority” including making employment decisions based on sexual orientation or gender identity. He adds that Austin’s and Travis County’s rules are “superseded by Executive Order GA-21 because they conflict with that order and restrict essential services.”

Paxton is no doubt pandering to conservative Republicans and local members of the Houston-based U.S. Pastor Council, who in 2018 unsuccessfully sued the City of Austin in federal court in hopes of overturning their employment nondiscrimination law.

“These member churches rely on the Bible rather than modern-day cultural fads for religious and moral guidance,” the Pastor’s lawsuit claimed at the time. “They will not consider practicing homosexuals or transgendered people for any type of church employment (or position in the clergy).”

“We’re disappointed that Texas Attorney General Ken Paxton has taken advantage of the COVID-19 pandemic to attack the LGBTQ community once again by raising issues with standard nondiscrimination provisions in local county public health orders. It is disappointing to see a state official—who is elected to represent all Texans — use a crisis to target vulnerable community members.

“LGBTQ Texans, just like everyone else, are doing their part and taking precautions to keep themselves and their communities safe in this challenging time. They don’t deserve to be targeted or singled out by Attorney General Paxton.”

Playwright Del Shores, executive director of the Del Shores Foundation, and the organization's program director, Emerson Collins, are co-hosting a...