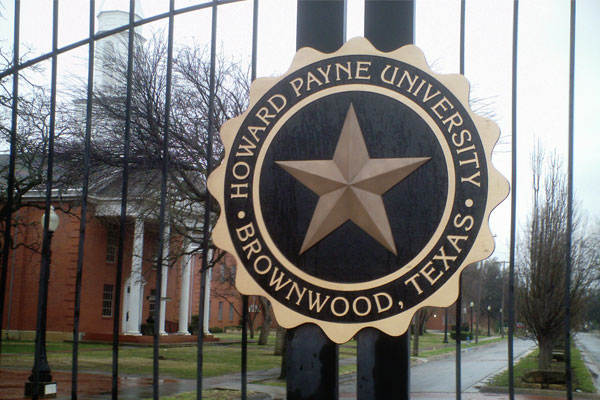 Howard Payne University in Brownwood is one of nine Texas colleges that made this year's list of the Absolute Worst Campuses for LGBTQ Youth (Photo: Wikipedia)

Nine Texas colleges have the dubious honor of being on this year’s list of the Absolute Worst Campuses for LGBTQ Youth, which includes 102 schools that discriminate in “policies, programs and practices.”

The compilation, dubbed The Shame List, is published by Campus Pride, “a national nonprofit organization for student leaders and campus groups working to create a safer college environment for LGBT students.” The list was first published in 2015.

According to Campus Pride, colleges which make the Shame List have received or applied for a Title IX exemption allowing the school to discriminate against LGBT students based on religion, and/or demonstrated a past history of anti-LGBT policies. Researchers at Campus Pride spent six months investigating and compiling the list.

“Most people are shocked when they learn that there are college campuses still today that openly discriminate against LGBTQ youth. It is an unspoken secret in higher education, how they use religion as a tool for cowardice and discrimination,” Shane Windmeyer, executive director of Campus Pride, said in a press statement. “This lists uncovers the religion-based bigotry that is harmful and perpetuated against LGBTQ youth on these campuses.”

In addition to the Shame List, Campus Pride also publishes a Best of the Best list of the top 30 colleges with the most inclusive LGBT campuses.

The 9 Most Anti-LGBT Colleges in Texas

‘Thinking Like a Drag Queen’ With Best-Selling Author Jackie Huba

After stumbling upon an episode of RuPaul’s Drag Race, best-selling author and motivational speaker Jackie Huba realized the transformational power...