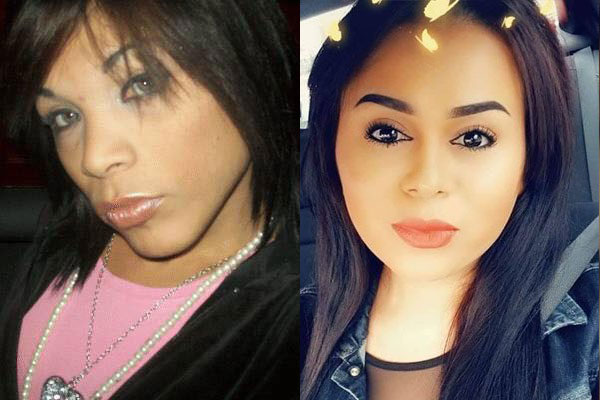 Nikki Enriquez, 28, of Laredo and Karla Patricia Flores-Pavón, 26, of Dallas are two of the 22 transgender people killed this year in the U.S. (Courtesy photos)

San Antonio’s LGBTQ community will observe the Transgender Day of Remembrance on November 20 with a vigil in Travis Park and a service at Travis Park United Methodist Church.

The Transgender Day of Remembrance is observed worldwide in late November in recognition of the 1998 murder of Rita Hester, a highly-visible member of the transgender community in Boston where she worked on education around transgender issues.

According to GLAAD, victims of anti-transgender violence are overwhelmingly trans women of color. The Human Rights Campaign reports that as of November, 22 transgender people have been killed in the U.S. this year. These statistics do not include trans people whose deaths were not reported because of misgendering in police reports, news stories, and sometimes by the victim’s family.

Two of the victims this year are from Texas. On their web site, HRC offers the following brief remembrances:

This has been an especially difficult year for trans people in the U.S. because the Trump administration, via the Department of Health and Human Services, is considering an interpretation of Title IX, the federal civil rights law that bans sex discrimination in federally funded schools, that “would define sex as either male or female, unchangeable, and determined by the genitals that a person is born with.”

The HHS would, in effect, be defying the scientific and medical evidence embraced by major organizations like the American Medical Association and American Psychiatric Association. Such a move, along with others attempted by the administration, only help fuel transphobia and continued endangerment of trans people.

In announcing the event, SAGA organizers emphasize it is important the community remember the victims in the U.S. and around the world. “We will come together, read their names and stories, and remind the world that they lived, and were unjustly killed. We cannot let these attacks, both legislative and literal, stop us from honoring their memory,” they say.

Originally published in the San Antonio Current. Australian actor-turned-director Joel Edgerton (The Gift) steps behind the camera for only the...