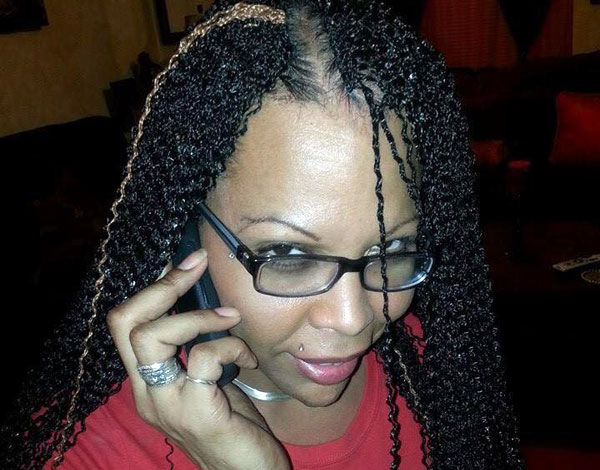 Veronica Cano was found dead at the EL Mio Motel on the Southeast Side. (Courtesy photo)

A transgender woman has been found dead at a Southeast Side motel.

The victim was found by police on February 19 in a bathtub at the EL Mio Motel on the 3500 Block of Rooesevelt Avenue. She has been identified by friends on social media as Veronica Banks Cano.

According to a report on KABB-TV, “Authorities say the woman was fully clothed and in a bathtub with some water. There are no obvious signs of trauma. Police are questioning some individuals that were in the motel room.”

Cano, who was in her mid-30’s, was a native of Pleasanton, Texas. Joe Mendez, a friend from her past, told Out In SA that Cano was “loved and accepted by many in our small community.” He said Cano had pursued a career in nursing. Mendez said he had lost track of Cano but heard she was renting a home on San Antonio’s South Side.

“It had been awhile since I talked to her,” says Beth Balderas, her best friend, “but we would talk thru her mamma. We went to high school, nursing school, and were roommates for years till she moved to SA in 2012.”

Balderas says Cano had worked as a certified nurse’s assistant at a nursing home in Pleasanton.

In a tribute on Facebook, Mendez wrote: “What can I say . . . you were true to yourself, never a dull moment . . . Putting on your makeup and modeling your outfits. That’s how I’ll remember you.” Another friend, who will remain anonymous, posted: “Found out my friend passed away yesterday. I hope this injustice weighs heavy on the conscience of whoever caused you harm. Veronica, you were a good friend to me when I was the new girl in town and I will miss you forever amiga.”

A Go Fund Me page has been started to help defray the cost of Cano’s funeral expenses.

A rosary service will be held on Tuesday, February 23 at 7 p.m. at Palm Heights Mortuary, 3711 S. Zarzamora.

This is a developing story. We will post updates as new information is received.

Members of the Metropolitan Community Church of San Antonio were unpleasantly surprised on Friday morning to find that thieves had...